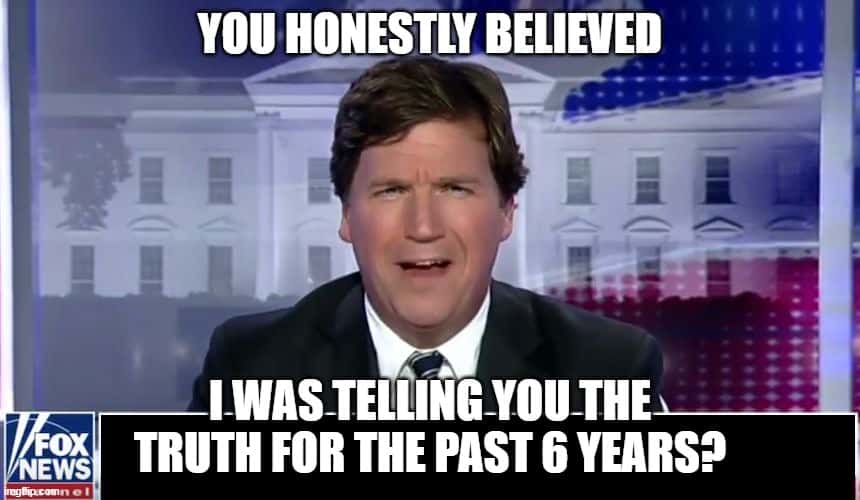 Tucker Carlson has been known for his out-of-the-box commentary about a lot of current issues in the country. Sometimes you agree with him, sometimes you don’t. He has been heard subtly spreading malicious comments about vaccinations. This is the latest in the series of controversial commentaries from the broadcaster. One time he asked viewers on air “is it necessary to have a vaccine?” and “how effective are these drugs?”. The public could easily reflect similar sentiments. This is especially since such comments have come from a popular TV personality. In the past few days, hilarious memes about Tucker Carlson have circulated online.

A lot of people have commented that these subtle reactions are reckless and may lead to increased vaccine hesitancy in the coming future. The US government is doing all that it can to encourage millions of Americans with vaccine hesitancy to get the shots, immediately. In the middle of the pandemic, these kinds of commentary are not sitting well with a lot of people. A lot of people on the internet are getting angry and have taken to Twitter to spread the #TuckerIsKillingUs hashtag trend which immediately got on top of the charts within hours.

Here are some things people have to say about Tucker Carlson on Twitter:

Video compilation of all his subtle anti-vax statements

People are not liking his subtle anti-vax commentary

Tucker Carlson’s reckless commentary has caused people to die. What will it take for Tucker to be held accountable? #TuckerIsKillingUspic.twitter.com/9rn5k6VTRH

Selling lies and getting Americans sick

Who’s willing to bet Tucker Carlson is vaxxed up, while peddling all these anti vax lies?

What really riled us all – he is fully vaccinated

Wait, so @TuckerCarlson got vaccinated? https://t.co/7PA2KgUz5S

Another broadcaster roasts him

Tucker Carlson is fully vaccinated, a fact he hides from his viewers so he doesnt look like a hypocrite when he tells them the vaccine might kill them. He does this for higher ratings https://t.co/mgK14UQ6ds pic.twitter.com/YKr0n1LTob

Pray for him for being bold about what?

Pray for Tucker Carlson. And then pray for others with platforms of that magnitude to become as bold.

Also read: What’s Happening in Cuba and Why Are People Also Protesting in Miami?