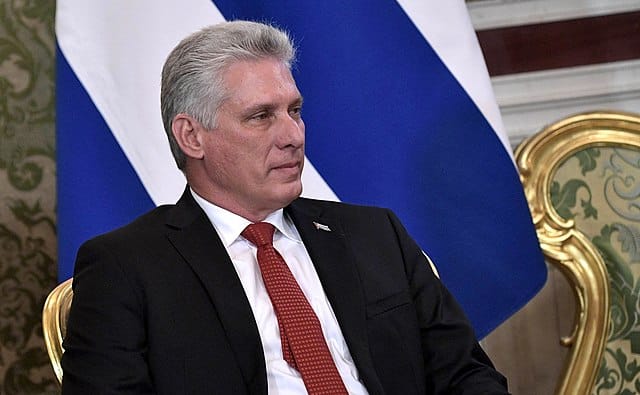 Thousands of citizens rallied on the streets in one of the largest anti-government demonstrations in Cuban history. The reason? An economic crisis of horrifying magnitudes. The ongoing COVID-19 pandemic has affected the world economy in ways many of us have not seen before. The Cuba protest is a clear reflection of how the pandemic affects everyone – even one of the most resourceful cultures in the world.

With the world surprised by the sudden burst of uprisings in Cuba, experts are trying to point out the root cause of the unrest. Many people are pointing to the pandemic. However, as the protests unravel, it may seem to be so much deeper than that.

Unraveling discontent among the citizens

At first, only a handful of people are on the streets protesting the high prices, food shortage, and their general disappointment with the government. However, social media has sparked outrage among millions of Cubans all over the country. Before they know it, people take to the streets by the thousands. The country’s leader was forced to do a broadcast to address the people. He proceeds to claim that the protests are formulated by the US government to raise pro-democracy movements in Cuba.

Historically speaking, this massive protest may be the first the country has seen in decades. The last demonstration of this magnitude that Cuba has seen was in the ’90s. Cuba has a socialist democratic government and has had such since the late ’50s. The country is dominated by state-run enterprises and a good majority of the labor force is employed by the state. Cuba has fared well with its current government system for decades, but recent events have changed the general atmosphere among the citizens.

Market shelves are empty and the prices on the insufficient supplies have soared in the course of the last year. The food shortage is so dreadful that farmers would rather eat their produce themselves than sell it off on the market. Other than that, people would have to live through blackouts and the water supply is starting to get affected as well. Medicine is also hard to come by, and this is definitely not ideal in a pandemic. Tourism is also one of the country’s biggest sources of income and the worldwide lockdowns have severely damaged the economy in the past year.

We stand in solidarity with our brothers and sisters in Cuba who are demanding the very basics.

It is widely known that the latter part of President Trump’s term has bombarded Cuba with sanctions that caused it to lose more than $20 billion in national income. Then in the midst of the country’s attempt to recover its economy, the pandemic made everything worse. So far, Biden’s administration has done minimal actions to overturn Trump’s sanctions. This has started discussions among Americans leading to protests even in the US.

Now, the Cuba protest has grown so big that US government officials have expressed support and concern. Miami Mayor has even called out for international intervention. This has inspired Miami residents towards solidarity rallies.