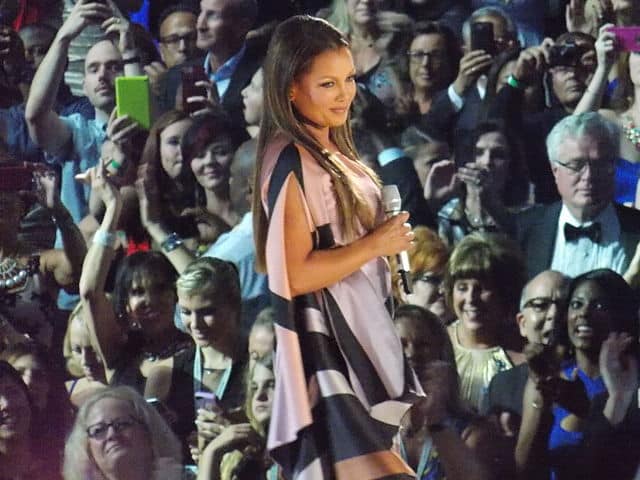 Vanessa Williams is in the headlines after she sang what is known as the ‘Black National Anthem’ on the Capitol Fourth program at PBS. Williams had been known to share a lot of her political views in some interviews. She is even quoted that Americans will be breathing a sigh of relief after Biden and Hariss’s win in the last elections. This is why people find it hard to not create any political meaning to her performance at PBS, especially a few days before July 4th.

Now, the episode roughly about Juneteenth was aired coincidentally close to America’s Independence day celebrations. The performance is painted in some very political colors and reactions online are mixed. Some have supported the move, saying that Williams has performed other patriotic songs within the program. Others point out that singing this particular song, knowing its background and reputation, is a divisive and racist move.

What is the Black National Anthem?

First time to ever hear about the Black National Anthem? You are not the only one. The song ‘Lift Every Voice and Sing’ was originally written as a poem by James Weldon Johnson in the 1900s for Abraham Lincoln. It was turned into a song by the lyricist’s brother, J. Rosamond Johnson in the same year. Now, how can a song written for Lincoln’s birthday receive so much controversy more than a hundred years later?

The song Well, James Weldon Johnson also happens to be the leader of the NAACP (National Association for the Advancement of Colored People). It is well-known that this became the official song of the association. Since then, the ‘Black National Anthem’ has been used in demonstrations, rallies, and other pr0-colored movements.

This isn’t the first time

Alicia Keys also reached headlines after she sang the Black National Anthem at the pre-game ceremonies at the Superbowl in February. Beyonce also sang this song in one of her sets in Coachella back in 2018. With the #BlackLivesMatter movement, people are so much more aware now of racism and segregation that happens to our society. We may not do it intentionally, but certain attitudes do still reflect racism and it is being called out by minority groups all over the world. What is surprising for many is that more and more popular singers are singing this at big events. People are starting to question if this is a form of protest or merely a publicity stunt to gain love and support from followers. Either way, whatever the song represents to all of us, the Black National Anthem still receives so much controversy in this day and age.

Listen to your teachers, y’all!

Me looking at all these people outraged at discovering there is a Black National Anthem. Did yall learn nothing on Juneteenth? pic.twitter.com/Zs9TAqkklQ

Just listen to what it’s about!

The Black National Anthem, Lift Ev’ry Voice and Sing, is beautiful and gives me chills every time I hear it.

It sings of Liberty, faith, hope, and victory. And you conservatives might stop bitching about it if you learned history and were truly “not racist” as you insist.

But gave backlash as well

An America for all of us?

Vanessa honey, a BLACK national anthem is something a Black African Country would have, not a country like America that exists for everyone 🇺🇸🤦🏾‍♀️ https://t.co/ZLt8kZLRSU

These people don’t seem to know the history behind it, though

Seems like a fine song, but don’t call it a “black national anthem.”

We’re one country, in case you forgot. https://t.co/mL3dufXkxL

Segregation? From a song?

THIS IS BAD. Different Races will have their own holidays? Their own Anthems? The new SEGREGATION. Vanessa Williams to sing ‘Black national anthem’ for Capitol Fourth celebration https://t.co/XBHuGwiFH6