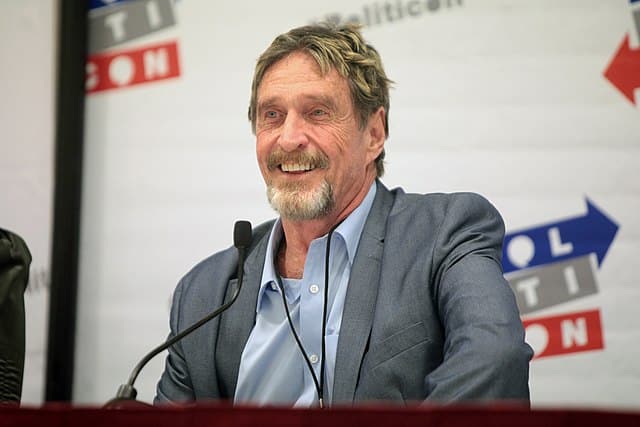 For every major event in the US, sympathy from the internet will surely spread. However, a few days after said incident, people will start to question why and how these happened. Most of the time, they will be clawing their way to find clues on who everyone should blame. The death toll is rising and the rescue operations are still going on, but authorities still fail to find the root cause of the tragedy. The nation waits but no explanations have been served so far. And from the looks of it, we may never truly know what caused the Miami building to collapse.

The creator of the famous online security software has died last June 23rd and people just can’t help but connect the two. John McAfee has been found dead in a Spanish jail in what authorities claimed to be suicide. After his death, one of his creepy tweets from 2019 suddenly went viral online. He said explicitly that if he died via “suicide” a dead-man switch he created will release a confidential database upon his death. Coincidence, maybe!

Interesting interview excerpt with John McAfee from July 27, 2019, with the now-defunct 71 Republic, where he emphasizes any suicide would be fake, and describes a “dead-man switch” he created to ensure the release of sensitive documents and a massive database upon his death: pic.twitter.com/IAPKAkvQJj

Killed by the CIA?

So what’s up with his tweet anyway, and how does it connect to the Miami building collapse? He described that the ‘death switch was located in his condo somewhere near Miami beach. The internet went wild with the coincidence and claimed that the CIA must have ended the life of McAfee and subsequently destroyed all possible evidence of the “hidden database”. In recent reports, authorities have pointed out that McAfee did not own a unit in the condo and that his death truly was a suicide.

Has anyone been looking into this John McAfee case?

This has just blown my mind…😳😮

Something big is happening in the background and I don’t think it’s far from all coming out!

We can only hope. pic.twitter.com/BX67J6UOOE

Since the Trumps live so near the area, a lot of people initially thought it was a failed attempt to target Ivanka. Authorities have since shot down these claims as impossible.

Oh of course there is. https://t.co/eO4iPHh9fa

As people wait for answers, more and more theories will surely appear. Some people claim it is a terrorist attack and bombs may have been involved. Other’s claim it is caused by sinkholes. On a more scientific side, a theory claims that it may have been caused by ocean-air rusted metal merely succumbing to wear and tear. The best thing to do right now is wait for authorities to investigate and release the cause for the collapse. Let us all pray for the families that they may find peace in the tragedy that happened to their loved ones.