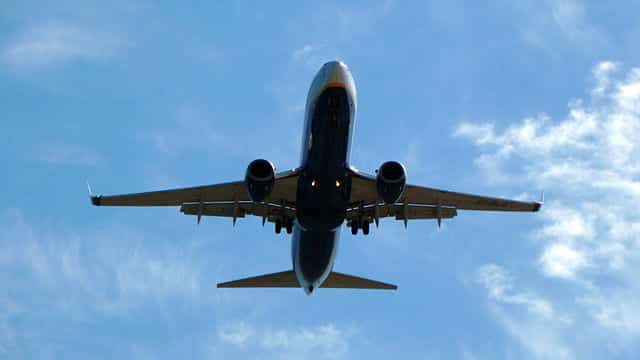 Residents are shocked when ice-covered poo, or what they referred to as a poop bomb, fell from the sky at night in a small town in Britain. The investigation has led them to a disgusting, and smelly, discovery. A loud crash was reported to have been heard in Eagle Avenue in the small town of Waterlooville in the U.K. What followed the loud crash were tiny objects hitting windows as if some people are throwing small rocks into houses. Upon observation, residents living near the area saw that there was a large chunk of ice in the middle of the pavement. Apparently, what hit their windows are smaller pieces of ice that exploded from the larger chunk.

The residents were curious. Could the ice block have been thrown by one of their neighbors? Impossible, as no cars have driven by. The only conclusion that they have is that it could have fallen from the sky. The truly curious thing about this it is still the middle of summer, how could a single chunk of ice have fallen from the sky?

When the ice block thawed in the next few hours, residents are surprised by the most horrible sight (and smell). The ice chunk contained poop and toilet paper. The thawed ice left a disgusting trail of feces all over the pavement. Residents claim that it could have fallen from an airplane and dropped into their neighborhood like a bomb. It is a good thing that no one was hit by this poop-bomb as it could surely be fatal.

Multiple debates have occurred on how airplanes dispose of toilet waste over the years. Is it accidental or is it intentional? According to a few reports, the Civil Aviation Authority (C.A.A.) refers to these poop-bombs as ‘blue ice’. These are discolored ice (usually carrying an odor) that is accidentally disposed of from an aircraft. Based on previous similar incidents, it comes from faulty seals or leaks from an aircraft’s lavatory hose socket which is usually used to unload waste when on the ground. Usually, these leaks would freeze outside of the plain (like frozen drips during winter) and fall off when descending to warmer air.

The good thing is, this usually only happens on much older aircraft. The issue had been resolved with newer planes. Authorities do point out that these poop bombs, or blue ice, do truly fall from airplanes. Sadly, investigation on connecting a single block of blue ice to a specific flight or origin is close to impossible.

The incident in Waterlooville is actually not an isolated case. Authorities within the area report about 10 cases of ice falls, or poop bombs, every year. A similar report back in 2015 has been recorded in Wiltshire. In this case, the poop bomb actually fell onto a house which has caused its owners to re-tile their roof. In 2018, a similar incident has caused confusion and fear in a small village in India.

Also read: How the Sri Lanka Marine Disaster Affects All of Us