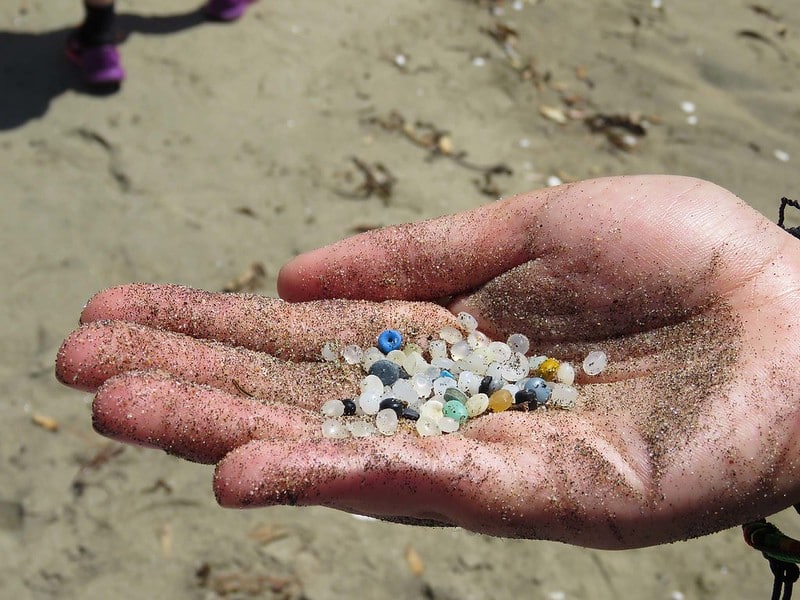 A container vessel, known as the X-Press Pearl, sank near the Western Sri Lankan coastline. This is considered Sri Lanka’s largest marine disaster in recent memory. The ship sank after being ablaze for almost two weeks. Fortunately, all the crew from the ship were safely evacuated. However, we are still at the beginning of seeing the extent of damage the ship’s sinking has caused. In fact, Sri Lanka’s largest marine disaster is sure to affect everyone in the world.

Shores of plastic pollution for centuries to come

Following the marine disaster, tonnes of polythene pellets known as nurdles have blanketed Sri Lanka’s coastlines. This contaminant has come from the 78 tonnes of pellets that were carried by the X-Press Pearl. When the ship suffered massive fires and explosions, all this debris was poured into the sea. This was carried by the currents onto the shore.

These tiny plastic pellets are just too small to be completely cleared up from the bodies of water. Even if authorities work fast enough to clear up as many plastic contaminants as they can, the volume of the pollution is just too much to handle.  These plastic pellets are sure to be carried hundreds of thousands of kilometers from the center of disaster and are sure to affect both humans and wildlife within (and outside of) the region. In fact, we would see tons of these plastic pellets floating in our oceans for decades. Maybe, polluting our seas for even hundreds of years.

What made the disaster even worse was the fact that the X-Press Pearl was a vessel carrying tonnes of toxic chemicals. Nitric acid is one of them. These chemicals leaking into the sea, in combination with the oil spill coming from the ship, are sure to damage marine life and ecology in the region. Not only that, the ship started to leak oil onto the sea after the fire was put out by authorities. Satellite images show the trail where the current takes the oil spill. We would see this dissipating rapidly into the seas.

The combination of oil, plastic pellets, and chemicals spilling into the ocean is pretty much the worst marine pollution we have seen caused by a single event. So far, this has led to significant imbalances in marine ecology killing wildlife and fishes in the region. Since the fish and other marine life in the area be too dangerous to consume in the foreseeable future, the economy of the fishing regions will surely suffer. Livelihoods are in danger and the region’s fishing industry may take considerable time to recover.

Also read: Here are COVID-19 Vaccine Incentives (including guns and lottery tickets) in the US