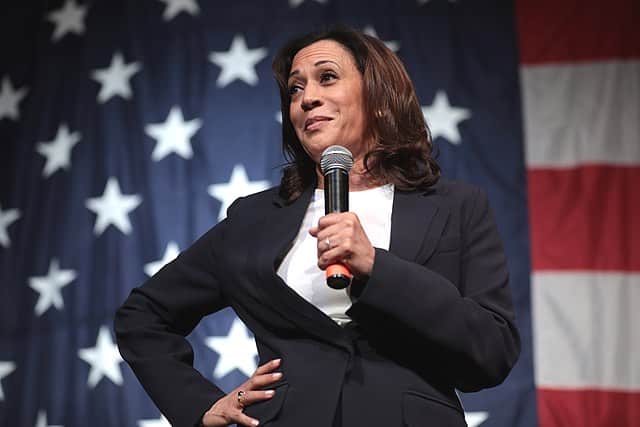 Four words is all it took for VP Kamala Harris to receive so much hate and bashing online. A simple greeting that took a turn for the worse, the Vice President posted a Tweet on her official account telling her followers to ‘enjoy the long weekend’. This has surely received quite a reaction online.

Memorial day is a federal holiday celebrated throughout the US in commemoration to all the military personnel who lost their lives in service. It is a solemn event that comforts the families of veterans that the country will continue to honor the memories of their loved ones forever. Always celebrated at the last Monday of May, it is preceded with two non-official days thus a long weekend. However, this long weekend is not something to be ‘enjoyed’.

Let’s try to pick apart the very short Twitter post from the VP. One, it is consisted of a ‘celebratory’ greeting. Second, it is accompanied by a photo of herself smiling to her followers. On an ordinary day, there is nothing wrong with this. However, on a long weekend that ends with a national day of mourning, eyebrows are surely raised. A lot of people have commented that the tweet from VP Harris seem a little tone-deaf and insensitive. Yes, for many the Memorial Day Weekend may be taken as an opportunity to spend time with family. But for many families, it is a day for remembering their loved ones who lost their lives while in military service. What really irked a lot of people off of the post is that she did not make any mention of the holiday at all.

Of course, a lot of other people has chimed in on the hating. For instance, Former California Governor Nikki Haley has called Harris ‘unprofessional and unfit’ on a retweet of the post.

Both supporters and opponents admit that the post from the VP’s official account is a little bizarre. There are even a number of people online who tried to defend the VP.  However, it did not stop others from people expressing outrage and disappointment. A day after the poorly received post, the VP has uploaded another more somber Tweet. In this new post, she explained the importance of the memorial day holiday and honoring the service and sacrifice of servicemen. Unfortunately, many people saw this reaction as a little too late. In fact, a lot of people thought that this is a poor way to avert the negative attention received by the earlier post.

Throughout our history our service men and women have risked everything to defend our freedoms and our country. As we prepare to honor them on Memorial Day, we remember their service and their sacrifice.