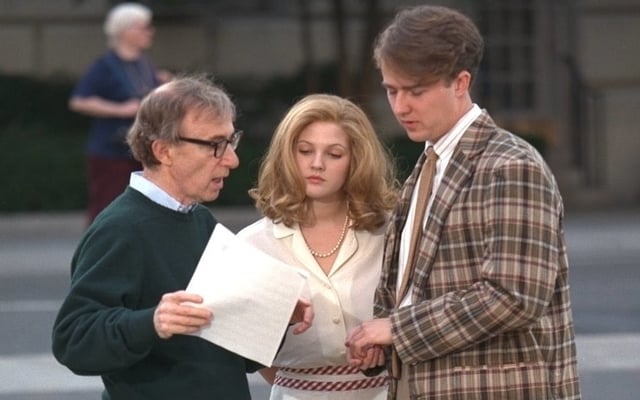 On her eponymic talk show, while chatting with Dylan Farrow, Drew Barrymore said she regretted working with Woody Allen in the past.

Barrymore spoke to Farrow about the deposed Hollywood director, co-starring in the New York-based feature among an A-list cast, and Dylan’s adoptive father: “I worked with Woody Allen. I did a film with him in 1996 called, Everyone Says I Love You, and there was no higher career calling card than to work with Woody Allen. Then I had children, and it changed me because I realized that I was one of the people who were basically gaslit into not looking at a narrative beyond what I was being told. And I see what is happening in the industry now and that is because of you making that brave choice. So thank you for that.”

Farrow thanked Barrymore on Monday for her endearing words: “Hearing what you just said, I am trying not to cry right now. It is just so meaningful because it’s easy for me to say, ‘Of course you shouldn’t work with him; he’s a jerk, he’s a monster,’ but I just find it incredibly brave and incredibly generous that you would say to me that my story and what I went through was important enough to you to reconsider that.” Barrymore joins a lengthy list of celebs to have openly shared their bemoan over working with Allen in past years.

Farrow was on The Drew Barrymore Show to converse about Allen v. Farrow, which released on HBO as a four-part series earlier this year, with a companion podcast. The original documentary, directed by Kirby Dick and Amy Ziering, examined the incest allegations made by Farrow against Allen — that he assaulted her sexually — and included video footage never-before-seen of Farrow at 7  years of age detailing the supposed abuse to Mia Farrow her mother.