Who are TikTok’s top earners?

TikTok may look like a platform for Gen Z and millennials to share silly dance videos and memes that are bewildering and terrifying to anyone over the age of 35, but it’s a serious business for those who are making a fortune out of it. That certainly includes owners ByteDance, who made $35 billion a year, but also its top creators.

A study by RaveReviews has found that no less than 62 TikTok influencers made more than $1m from their advertising work there in 2020. And the good news is that while having plenty of followers is crucial, you don’t have to be at the very top of those rankings to be bringing in the big bucks. 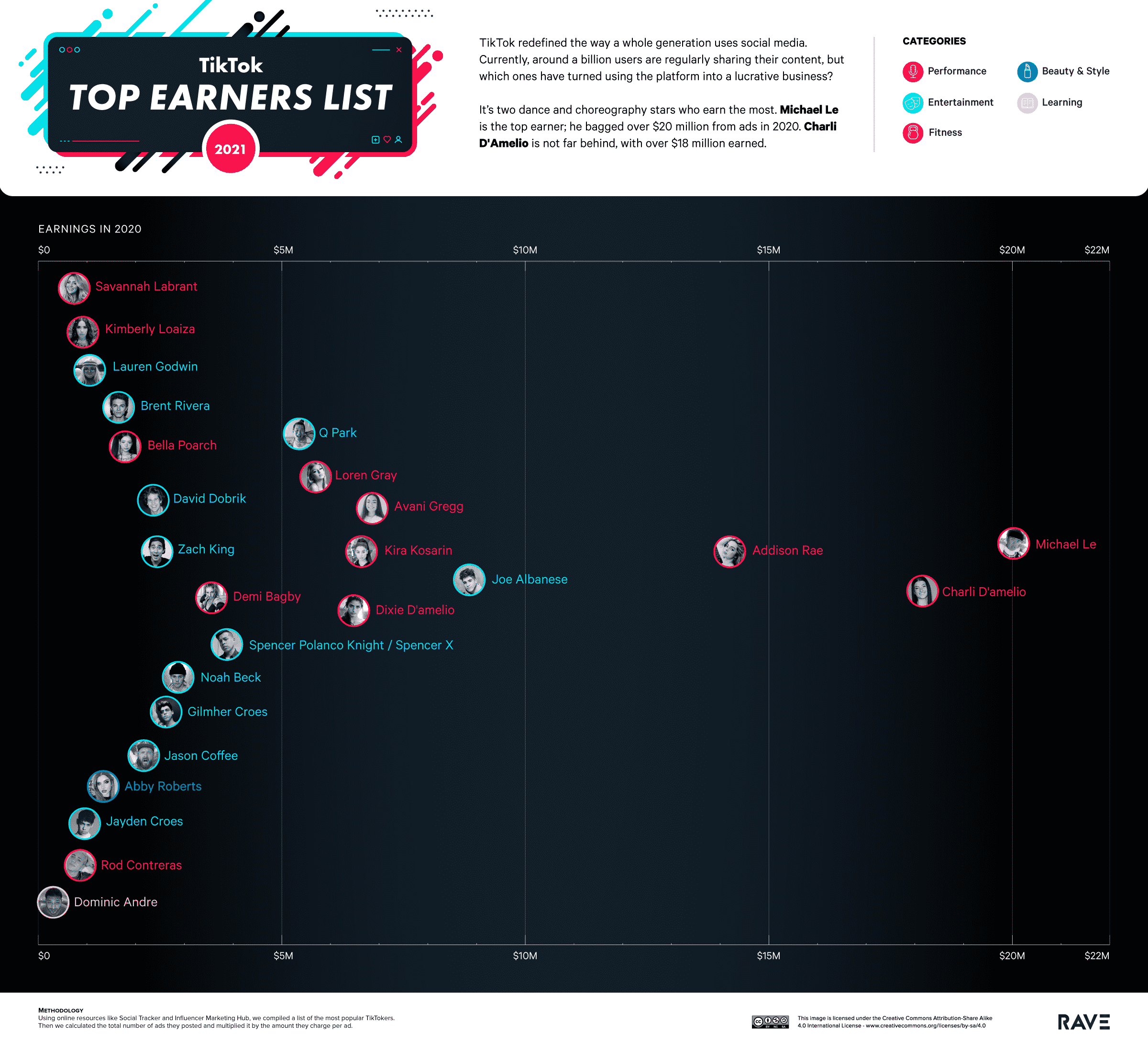 Just ask Michael Le, a dancer and choreographer from Florida who has been on TikTok since it was known as Musical.ly. With 47 million followers he’s certainly a popular influencer but that’s still only enough for ninth place in the most-followed list. However, he’s out on top when it comes to money, having earned an incredible $20.4m from 92 ads.

By contrast, Charli D’Amelio has more than twice as many followers with over 113m, but because she only did 34 ads in 2020, that added up to $18.2m by comparison. That’s still an impressive earning rate of course, with Addison Rae coming in third with $14.7m, which means that the top 3 TikTok influencers earned more than the next 10 combined.

Like Charli D’Amelio, Addison Rae did far fewer ads than Michael Le in 2020, which might explain how he came out on top for earnings. But some influencers still brought in huge sums for comparatively few ads, like Bella Poarch, who earned $1.9m despite only making 7 ads.

To get a better idea of how TikTok influencers make their money, why not check out the rest of the research and then start practicing your dance moves?