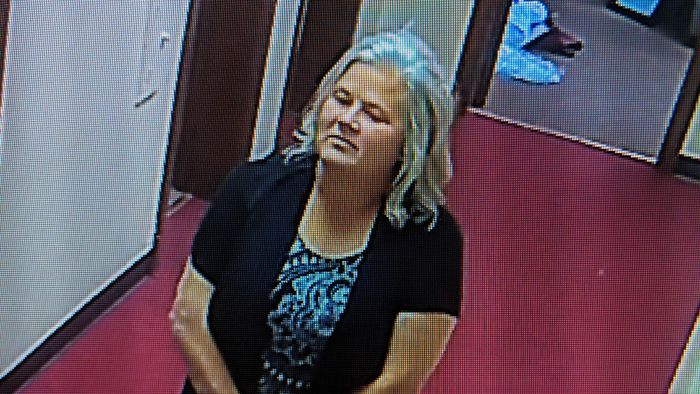 A woman nabbed on a surveillance camera nearby an unaware couple’s wedding presents is a suspect in twelve or more wedding rip-offs since 2017.

Johnn and Madison Sacharcyzk, newlyweds, were expressing their “I dos” in front of the attendees when the inscrutable wedding crasher was caught on camera nearing the table of gifts. Madison said, “You don’t ever go to a wedding where you know every single person there. No one there would look at her, or anybody, and say ‘Who are you?’” Ironically, five couples claim the same woman targeted their nuptials as well. Authorities say 54-year-old Sandra Henson is suspected of pilfering weddings in three separate states — Tennessee, Alabama, and Mississippi.

In Alabama, after The Todd’s noticed that numerous of their cards vanished, they requested the surveillance video from the church. Anna Perez-Todd said, “They pulled the footage and they sent us a screenshot and they were like, ‘Do you know who this is?’ And my heart just sank, and I said, ‘No.’ Then she went through the rest of the church prowling around looking for purses and wallets. She went into the different ready rooms and just looking for more things to take.”

In Tennessee, Drew and Madison Rush said more than $300 was lifted from a purse. Drew noted, “We pulled the video from the church and there she was.” The couple was flabbergasted when they caught wind of the other incidents. “We’re like, holy crap, that’s the same woman who stole from us,” added Drew. Henson has refuted any impropriety.

Israel’s Iron Dome has protected the country against missile attacks for years. The Iron Dome in Israel is the biggest of its kind in the world. No other countries in the world use the same air defense system, meaning it is one of a kind. The tension between Israel and Gaza has been going on… END_OF_DOCUMENT_TOKEN_TO_BE_REPLACED

The world is devastated by the news that Britain’s Prince Philip, the Duke of Edinburgh, has died at the age of 99. Palace media confirms that the Duke has expired mid-day today, April 9th. The announcement did not contain any specifics on the cause of death. The United Kingdom will enter a state of national… END_OF_DOCUMENT_TOKEN_TO_BE_REPLACED

Who would have known that religious prophets would be among the most loyal supporters of former President Trump? In fact, it has been observed that the most conservative Christians may have been the right amount of push for Trump’s presidential win back in 2016. Since Trump’s election back in 2016, numerous self-proclaimed “prophets” have been… END_OF_DOCUMENT_TOKEN_TO_BE_REPLACED