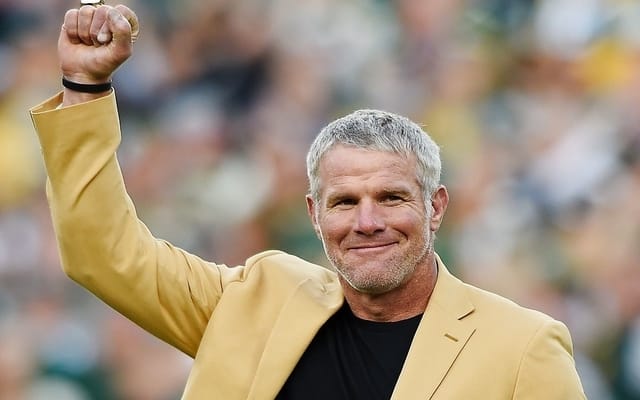 24 hours after Derek Chauvin was convicted on all counts in the slaying of George Floyd, the former NFL Hall of Fame quarterback said: “I find it hard to believe, and I’m not defending Derek Chauvin in any way, I find it hard to believe, first of all, that he intentionally meant to kill George Floyd. That being said, his actions were uncalled for. I don’t care what color the person is on the street. I don’t know what led to that video that we saw where his knee is on his neck, but the man had thrown in the towel.”

It was on Favre’s “Bolling with Favre” podcast that he made the desensitized remarks. Last week, the 20-year NFL veteran said he’d like sports to be free of politics because he felt it was undercutting games, and agreed with individuals electing not to view sports anymore. The ex-Green Bay Packer said he was aware of the recoil his comments garnered although stands by what he said. “I just gave my opinion. I’m certainly not a racist in spite of what some people might think, and you know, I’m for unity and I just feel like there’s a better way to unify our country.

“That being said, there’s a lot of things that need to stop.” Various sports leagues, coaches, and athletes voiced endorsement of Chauvin’s conviction, the NFL, included which stated, “Today’s outcome in the Derek Chauvin trial in Minneapolis does not undo the loss of life. Mr. George Floyd should be here with us today. Our hearts remain with the Floyd Family, and we understand the pain, anger, and frustration does not go away even when justice is delivered.”

Did the Simpsons Predict George Floyd’s Death & the BLM Protests?

Israel’s Iron Dome has protected the country against missile attacks for years. The Iron Dome in Israel is the biggest of its kind in the world. No other countries in the world use the same air defense system, meaning it is one of a kind. The tension between Israel and Gaza has been going on… END_OF_DOCUMENT_TOKEN_TO_BE_REPLACED

The world is devastated by the news that Britain’s Prince Philip, the Duke of Edinburgh, has died at the age of 99. Palace media confirms that the Duke has expired mid-day today, April 9th. The announcement did not contain any specifics on the cause of death. The United Kingdom will enter a state of national… END_OF_DOCUMENT_TOKEN_TO_BE_REPLACED

Who would have known that religious prophets would be among the most loyal supporters of former President Trump? In fact, it has been observed that the most conservative Christians may have been the right amount of push for Trump’s presidential win back in 2016. Since Trump’s election back in 2016, numerous self-proclaimed “prophets” have been… END_OF_DOCUMENT_TOKEN_TO_BE_REPLACED