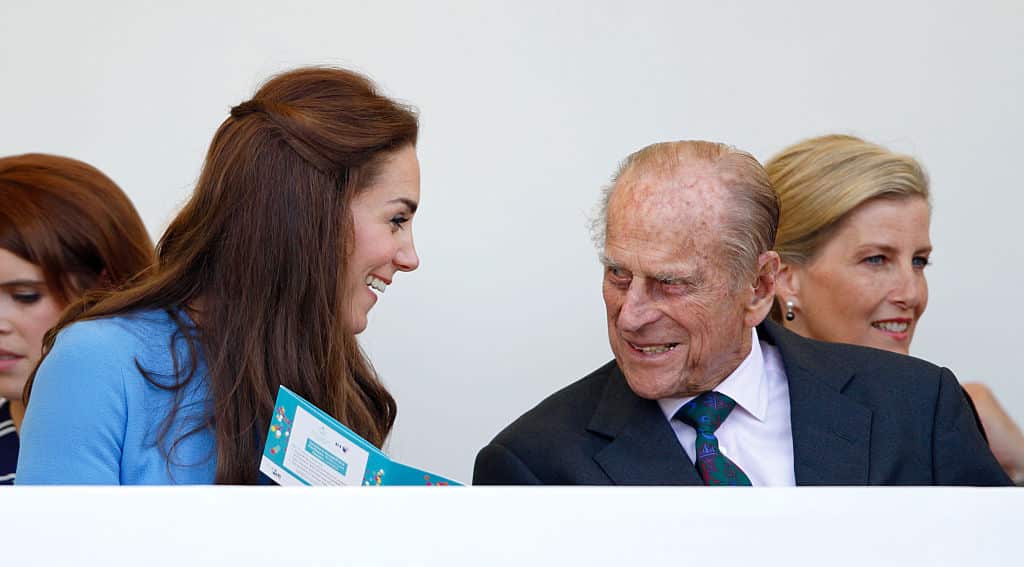 Kate Middleton’s funeral fashion had turned heads during the funeral of the Duke of Edinburgh, Prince Philip. The Prince and the Duchess have been known to have a very close relationship over the years. They have been photographed laughing, and seemingly in great conversation, with each other. Surely, the death of the Duke of Edinburgh is a massive loss for the entire family, even for the Duchess.

Since the royal funeral and its attendance were downsized due to pandemic protocols, all eyes are on the Royal family during the event. The death of Prince Philip, a sad and surprising event, was such a big highlight in recent news. A few people noted the body language between Prince William and Harry. It was even highlighted how pandemic protocols have forced the Queen to sit by herself during her husband’s funeral. So, it is not a surprise that Duchess Catherine’s funeral fashion was the talk of the town, as people always love what she wears no matter the occasion.

It is without a doubt that Kate Middleton is a fashion icon all over the globe and whatever she wears will be talked about. In her career as a Duchess for the British Royal family, her fashionable looks had been complimented by many journalists, fashionistas, and editors on many occasions. She had been praised for sporting laid-back looks while following dress protocols, and she had also been applauded for re-wearing fashion pieces over the years. There is no surprise that her fashion selections will be talked about, even for something as somber as a funeral.

HRH The Duchess of Cambridge is the very definition of British class and dignity. ❤️🇬🇧 #PrincePhilipfuneral pic.twitter.com/qDgTR1hcse

The all-black ensemble and the stunning pearl necklace

The Duchess was all elegantly dressed up in a black long-sleeved Roland Mouret dress. To top the look, a black pillar box hat with a black net veil. She is also seen wearing a black facemask, due to the pandemic protocols. What really turned heads during the funeral was the stunning pearl necklace that the Duchess was wearing.

This choker is widely known to be a part of the Queen’s collection and was loaned to the Duchess to wear for the funeral. It may just be a piece of jewelry but, for many, may serve a deeper meaning than expected. On its own, the pearl is known to be a traditional mourning jewel and has been recorded through time to be worn by women in mourning. However, almost all women in the royal family in attendance at the funeral wore jewelry that links to Prince Philip’s life and works.

Prince Philip’s funeral was filled with meaningful aspects and nods to his life. The ladies of the family did the same through their jewels: everyone had at least a piece made of pearls, a traditional mourning stone, and links to Philip’s work, life and love through them
1/2 pic.twitter.com/Z27W71VOUm

So, the Duchess wearing the necklace may have been thought to be a tribute to her late mother-in-law. However, it is also a tribute to the Queen and Prince Philip. It is known that Duchess Kate has worn the same necklace during the couple’s 70th wedding anniversary dinner back in 2017.

This beautiful choker is made with four strands of Japanese pearl, a piece believed to be gifted to Her Majesty by the Japanese government. The Dutchess matched this Japanese pearl choker with an elegant pair of pear-dropped pearl earrings.

Also Read: Britain’s Prince Philip, Duke of Edinburgh, Dies at 99: What Will Happen at the Funeral?