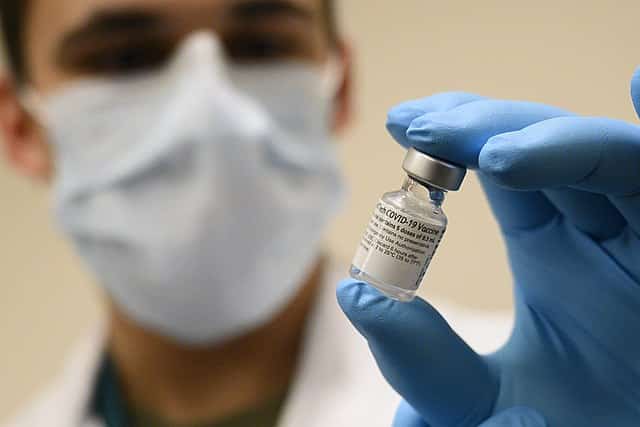 The black market is selling the latest hot commodity – fake COVID-19 ‘vaccine cards’, and people are swarming up to buy them. These cards are sold blank or forged over various e-commerce sites. These had become trending on multiple social media platforms as well. These fake vaccine cards have been sold online since the beginning of the year but have increased in sales since plans on travel restriction were announced.

The FBI has released a warning against sellers of fraudulent COVID-19 vaccination cards. The falsified document has become trending online after it has appeared on sale on multiple platforms. Knock-offs have been found on eBay, Shopify, and even Etsy. Sales had been made on Facebook and TikTok as well. Horrifyingly, there are even resources online that provide “DIY tips and tricks” on how to print fake vaccination cards at home.

Both the buyer and the seller will receive penalties and punishment for transactions involving the fake vaccine cards. Reproducing the Centers for Disease Control and Prevention logo fraudulently is against federal law.

Warnings from the FBI

Why do people buy?

The federal government is supplying the vaccines to its citizens for free and registration for the shot is made easier for people to access. On top of that, many businesses are giving incentives to Americans who will have themselves vaccinated. Now, the important question is, why are people still swarming up to buy these fake vaccination cards?

In recent weeks, there was news that the vaccine card may become a requirement for travel. It may also be required for attending conferences, events, and other mass gatherings. Even though the vaccine is encouraged, it is not mandatory and people may still opt-out of getting themselves shot. Turning the vaccine card into a requirement may make traveling complicated for many Americans.

Together with the recent announcement from the FBI, these e-commerce companies have also set up guidelines and measures to find fraudulent sellers on their platforms. Thousands of accounts have been blocked or deleted, for selling and advertising fake cards.

Seems it was just like yesterday when we all fought over and hoarded HEAPS of toilet paper for no reason at all. All the memories are rushing in as the US suffers from a gas shortage. As expected, gas shortage memes are everywhere to bring light to our currently sad situation. Along the US east… END_OF_DOCUMENT_TOKEN_TO_BE_REPLACED

Israel’s Iron Dome has protected the country against missile attacks for years. The Iron Dome in Israel is the biggest of its kind in the world. No other countries in the world use the same air defense system, meaning it is one of a kind. The tension between Israel and Gaza has been going on… END_OF_DOCUMENT_TOKEN_TO_BE_REPLACED

The world is devastated by the news that Britain’s Prince Philip, the Duke of Edinburgh, has died at the age of 99. Palace media confirms that the Duke has expired mid-day today, April 9th. The announcement did not contain any specifics on the cause of death. The United Kingdom will enter a state of national… END_OF_DOCUMENT_TOKEN_TO_BE_REPLACED