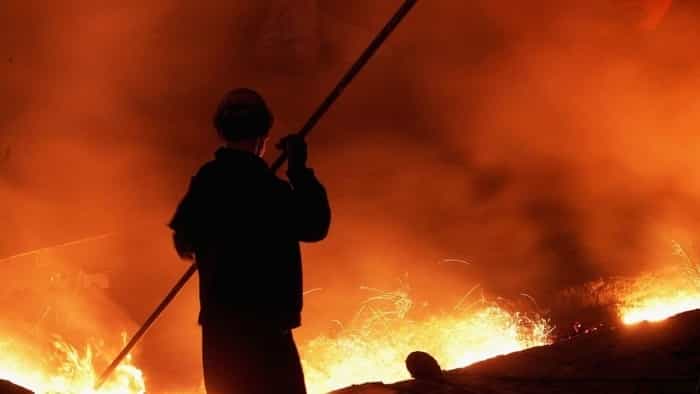 A steel factory employee leapt into a molten steel furnace and died after uncovering he squandered $9,100 on the stock market.

On March 24, 34-year-old Wang Long, an Inner Mongolia laborer at Baotou Steel company, had been working his night shift when he vanished. The company arranged staff to search for him however later discovered a surveillance video displaying Wang hopping into a furnace loaded with molten steel. Temperatures inside a furnace can reach 1,500 degrees Celsius (2,700 degrees Fahrenheit) or higher. Wang is seen in the surveillance footage standing in front of a luminous red furnace as he takes off his safety helmet and gloves. He pauses for several minutes before finally jumping into the molten steel.

An employee who witnessed the video said: “He just disappeared instantly.” Wang was a veteran futures and stock investor and on the day of his death, he had forfeited more than 60,000 yuan from his investments. In a company statement, Baotou Steel said on Monday: “It’s suspected that his suicide was related to the large amount of losses and that he could not repay his heavy debts. We feel deeply sorry for his death. We are proactively appeasing the emotions of his family and carrying out psychological guidance for our workers.”

Authorities have since ruled out homicide and determined suicide as the cause of death. Last year in April, another man from China jump off of a sky-scraping building in Fujian and took his own life after he had lost over $152,000 (a million yuan) on the stock market.