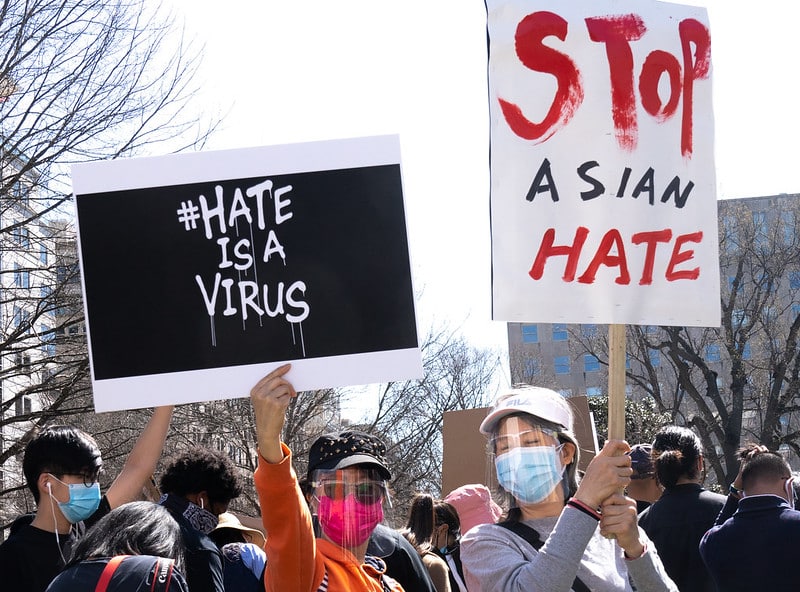 Asian hate is a new word, but racial violence against the Asian community is not new. In the past year, Asians have been experiencing a sudden wave of racial violence, the biggest ever in the US. Over the course of the last few weeks, more and more people from Asian communities are experiencing racism-related crimes. For instance, a 64-year-old grandmother was assaulted in San Jose, California. Then, eight people (more than half of which are of Asian descent) died in a horrifying shooting in a spa in Atlanta. An Asian-American woman gets physically assaulted in the subway in New York.

Every day, new reports of violence against Asians trend on social media. This time, these are not isolated cases of racial violence, they have become a widespread and nation-wide concern. What is even more horrifying, a lot of cases don’t get reported to the police or on social media. Do Asians really get less attention than BLM?

Asians do get support and attention

We all just think that the Asian community does not get the support and attention that will equate to BLM support. But the Asian community does get support and attention. Influencers, especially those of Asian descent, have used their platforms to use their voice against Asian hate. Even President Biden has announced his plans of action to combat the rising anti-Asian violence.

Is it because the Asian community is still getting a stable foundation with which they could use their voice? At this point, it is difficult to tell. More people of power are starting to raise their voices for awareness. Influencers, actors, athletes, and even politicians have been pledging support to advocate against Asian hate. But one this is for sure – every day, the support for the Asian community grows.

Remember, BLM did get that widespread support only recently as well. If not for social media, maybe advocacies against racism aren’t what it is now.  Just imagine how long it took for the black community to find a stable platform with a wider reach to advocate against racism and hate.

The answer is simple: we don’t compare

Racism comes in many forms. The struggles of the black and Asian community when it comes to racism is different. Each is difficult and unnecessary. Both are results of a deep sense of insecurity and threat from the source. The black and Asian communities are victims of unnecessary racism. And instead of comparing the intensity of the world’s ‘support’, why not just support each other?

Comparison will just bring a rift between the two communities. If the black and Asian communities (and all other communities from the minorities) come together, then they are so much bigger than the enemy – racism.

How to support the Asian Community right now

The world is devastated by the news that Britain’s Prince Philip, the Duke of Edinburgh, has died at the age of 99. Palace media confirms that the Duke has expired mid-day today, April 9th. The announcement did not contain any specifics on the cause of death. The United Kingdom will enter a state of national… END_OF_DOCUMENT_TOKEN_TO_BE_REPLACED

Who would have known that religious prophets would be among the most loyal supporters of former President Trump? In fact, it has been observed that the most conservative Christians may have been the right amount of push for Trump’s presidential win back in 2016. Since Trump’s election back in 2016, numerous self-proclaimed “prophets” have been… END_OF_DOCUMENT_TOKEN_TO_BE_REPLACED

President Biden falls and slips multiple times on the Airforce One Steps and PEOPLE ARE GOING CRAZY! What’s the big deal? Some people are hating, while others are making memes just for the fun of it. We are all human, aren’t we? Everyone’s expected to stumble some time in their lives. However, with the internet… END_OF_DOCUMENT_TOKEN_TO_BE_REPLACED