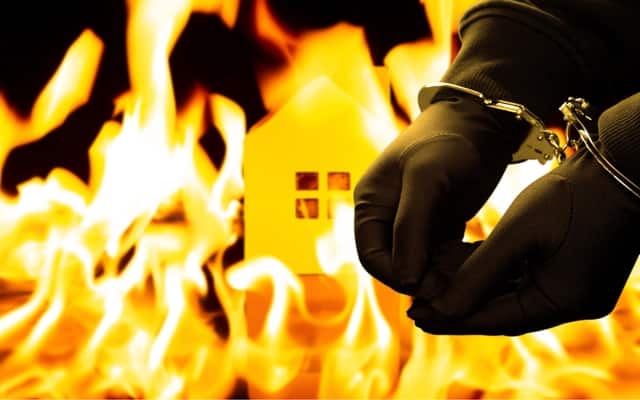 To receive an insurance payout, Daniel Boyd Bromilow set his own home on fire and has been found guilty of arson.

The firebug was found guilty of attempted fraud and arson after his home in Rockhampton was scorched in a blaze on May 28, 2019. The 29-year-old preserved his innocence in Rockhampton District Court throughout a trial. On Monday afternoon for more than two-and-a-half hours, the jury deliberated before coming back with a unanimous guilty verdict. Samantha O’Rourke, the prosecutor, summarized a money motive after Bromilow took steps to bulldoze and renovate his Wandal residence.

He confessed to cops in an interview exhibited to the court that he and his spouse had “burned through most of their savings”, though stressed they were “stable”. Early in the trial, Bromilow’s godmother testified; the ex-Queensland Fire and Emergency Service communications officer conceded the husband and father queried her about how much time it would take for fire crews to respond to an emergency. She claimed only four days before the fire her godson quipped that “If someone did burn down the house, they’d be doing me a favor.”

Bromilow enhanced his house’s insurance cover also from $250,000 to $350,000. In the weeks and months leading up to the fire, the courtroom heard how Bromilow had garnered a string of “anonymous threats”. “This is a man who is desperately grabbing at straws,” argued O’Rourke who said Bromilow sent himself the threats to leave a “false trail”. In the days leading up to the fire, the arsonist had googled “how to make a fire burn hotter” and “where to stay after a fire” along with other related searches.

Lawyer whose pants caught fire during arson trial gets arrested