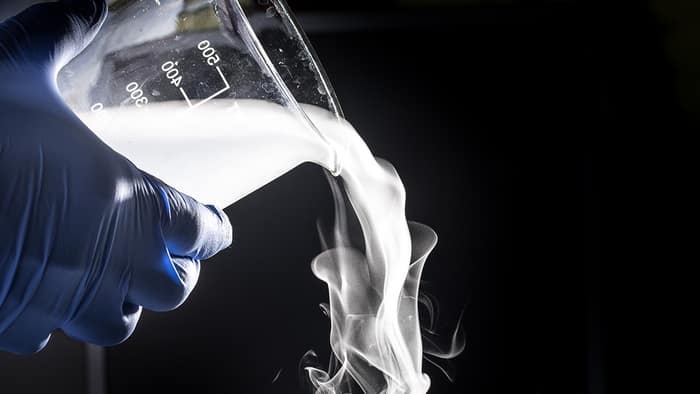 A teacher from Illinois suspected of burning a pupil in class with liquid nitrogen has been found guilty, according to officials.

Garry Broderson, a former Bartlett High School chemistry teacher, was convicted Friday of endangering the health of a child and reckless conduct. According to the DuPage County State’s Attorney’s Office, in May 2018, 66-year-old Broderson dumped liquid nitrogen on a student’s groin area and chest while conducting a science demonstration. The liquid burned the student’s finger and groin, officials say. Obtained footage displays a student in a classroom lying on the floor as a man decants a substance.

A spokesman for the state’s attorney’s office said the teenager had volunteered to participate in the science demo though did so with the discernment that the liquid nitrogen would be spilled over his chest area, not on his private parts. Back in 2018, a student at the high school told the local news reporters: “(A small amount) was meant to be poured on his chest. He poured all of it on him, and it instantly burned him.” For four hours, a jury deliberated prior to finding the ex-teacher guilty of the two misdemeanor charges.

According to reports, after learning of the incident the school district placed Broderson on administrative leave and roughly two months later he resigned. Brodersen is due in court again on March 18 for sentencing or post-trial motions, according to news outlets. The spokesman said the student has since amply recovered.

Teachers Report Being Cyberbullied By Students And Parents On Social Media

The world is devastated by the news that Britain’s Prince Philip, the Duke of Edinburgh, has died at the age of 99. Palace media confirms that the Duke has expired mid-day today, April 9th. The announcement did not contain any specifics on the cause of death. The United Kingdom will enter a state of national… END_OF_DOCUMENT_TOKEN_TO_BE_REPLACED

Who would have known that religious prophets would be among the most loyal supporters of former President Trump? In fact, it has been observed that the most conservative Christians may have been the right amount of push for Trump’s presidential win back in 2016. Since Trump’s election back in 2016, numerous self-proclaimed “prophets” have been… END_OF_DOCUMENT_TOKEN_TO_BE_REPLACED

President Biden falls and slips multiple times on the Airforce One Steps and PEOPLE ARE GOING CRAZY! What’s the big deal? Some people are hating, while others are making memes just for the fun of it. We are all human, aren’t we? Everyone’s expected to stumble some time in their lives. However, with the internet… END_OF_DOCUMENT_TOKEN_TO_BE_REPLACED