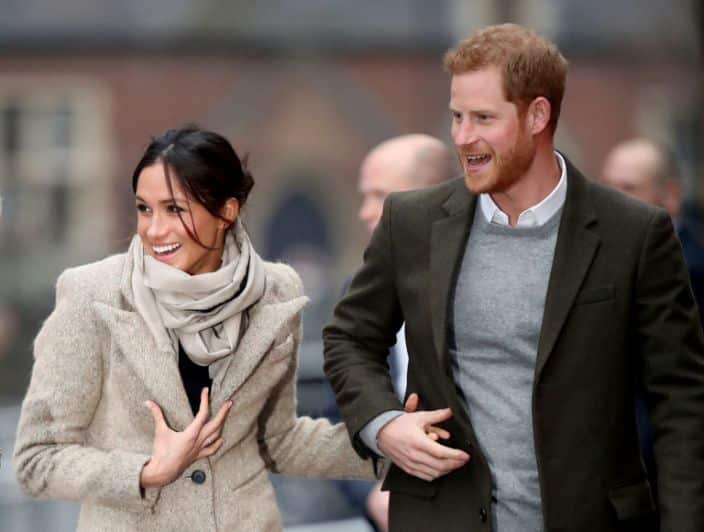 Both Prince Harry and the Duchess of Sussex, Meghan Markle, are trending again after multiple bombshells were dropped in their latest interview with Oprah. Among their bombshells include that their son’s skin color may be among the reasons why he is not given the style of ‘Royal Prince’.

British media once again are portraying a hysterical overreaction to the news, hitting back at Prince Harry and Meghan with low-blow responses to the interview. Especially after the couple claims that it is the ‘toxic’ British press that pushed them to stepback from their royal roles.

A post shared by The Duke and Duchess of Sussex (@sussexroyal)

The deal with Archie’s and Meghan Markle’s skin color

This is one of the few times that the royal couple spoke frankly about their experience and the reasons behind their move to the US. The statements that were made is enough to reveal how much racism is unknowingly prevalent not only in the British Royalty but also in the British society. One example of this is Markle’s race, and the skin color of her children. The Duchess has told Oprah during the interview that she was aware that some of the British Royals were concerned about ‘how dark’ the skin of her child would be during her pregnancy. Although there were some comments that Archie’s skin color might be ‘too dark to represent the U.K.’, it does not necessarily affect his royal status.

Fortunately, the Queen has stated that racism issues inside the Buckingham palace and within the royal family shall be investigated and addressed albeit privately.

A brush up on the Royal Rules

During the announcement of the Sussexes’ new baby, there were extensive discussions on the titles and royalty status of both Sussex children. It is clear that not all of the Queen’s great-grandchildren can get prince and princess titles, although they can still vouch for the succession based on the Succession of the Crown Act of 2013. Old British Royal Laws indicate that the firstborn son of the firstborn son (thus, Prince William’s son Prince George) is entitled to being a prince. The prominent status of the Cambridge children, when it comes to the succession of the throne, is a great indication of why they are all styled as Prince and Princess. Although he is not a prince, at the moment, Archie is 7th in line to the throne right next to his father Prince Harry who is in 6th.

It is apparent that both Sussex children will only get royal titles ONCE Prince of Wales, Prince Charles becomes King. When that time comes, the Duke and Duchess of Sussex may opt to use or not use the title for their children.

The real takeaway from the interview

The real highlight of the interview should not have been the young royal’s skin color. In fact, it should be the harshness of the British tabloid and how these headlines have altered the reality of the British family’s lives. We don’t really know the royal family, and how much believing the tabloid headlines can affect their mental health. Just like how these headlines have pushed both Meghan and Princess Dianna to their limits. In fact, even Princess Anne chose to decline the style of prince and princess for her children as a means of protecting them and their privacy.

Another take on the interview is how racism is blindly embedded not only in British society, but societies all over the world. There are some ideologies and customs that many people do not realize are actually racist to begin with.

The world is devastated by the news that Britain’s Prince Philip, the Duke of Edinburgh, has died at the age of 99. Palace media confirms that the Duke has expired mid-day today, April 9th. The announcement did not contain any specifics on the cause of death. The United Kingdom will enter a state of national… END_OF_DOCUMENT_TOKEN_TO_BE_REPLACED

Who would have known that religious prophets would be among the most loyal supporters of former President Trump? In fact, it has been observed that the most conservative Christians may have been the right amount of push for Trump’s presidential win back in 2016. Since Trump’s election back in 2016, numerous self-proclaimed “prophets” have been… END_OF_DOCUMENT_TOKEN_TO_BE_REPLACED

President Biden falls and slips multiple times on the Airforce One Steps and PEOPLE ARE GOING CRAZY! What’s the big deal? Some people are hating, while others are making memes just for the fun of it. We are all human, aren’t we? Everyone’s expected to stumble some time in their lives. However, with the internet… END_OF_DOCUMENT_TOKEN_TO_BE_REPLACED