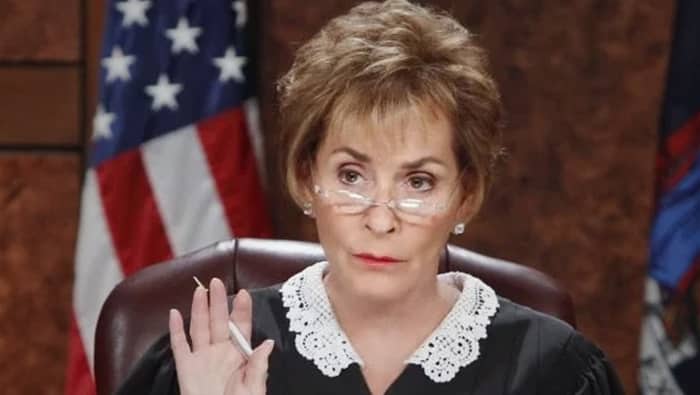 Judith Sheindlin, better known as Judge Judy, will set her gavel down for good after 25 years on the air.

Judge Judy, who nets $47 million annually, announced Monday on the “The Ellen DeGeneres Show” that the 2020-2021 season will be her last. The judge told DeGeneres: “I’ve had a 25-year-long marriage with CBS, and it’s been successful. Next year will be our 25th season, silver anniversary, and CBS, I think, sort of felt, they wanted to optimally utilize the repeats of my program, because now they have 25 years of reruns. So what they decided to do was to sell a couple of years’ worth of reruns.”

In spite of her record-breaking show ending, Sheindlin claims she isn’t ready to retire. She informed DeGeneres that she has “Judy Justice” in the works, a new show of hers.  Judge Judy relinquished few specifics about the new show. In 1996, the Emmy-winning and immensely popular “Judge Judy” launched and is attributed to restoring the courtroom genre. Judy, known for her lack of patience and sharp wit, became one of the highest-paid stars on TV and was practically unmatched in her success as a host.

In 2019, for the 10th straight year, “Judge Judy” ranked #1 in syndication ratings, ordinarily averaging over 9 million viewers daily. Sheindlin told DeGeneres: “The following couple of years, you should be able to catch all the reruns that CBS has sold to the stations that are currently carrying ‘Judge Judy,’ and ‘Judy Justice’will be going elsewhere. Isn’t that fun?”

Judge Orders Couple To Get Married Or Face Jail Time

The world is devastated by the news that Britain’s Prince Philip, the Duke of Edinburgh, has died at the age of 99. Palace media confirms that the Duke has expired mid-day today, April 9th. The announcement did not contain any specifics on the cause of death. The United Kingdom will enter a state of national… END_OF_DOCUMENT_TOKEN_TO_BE_REPLACED

Who would have known that religious prophets would be among the most loyal supporters of former President Trump? In fact, it has been observed that the most conservative Christians may have been the right amount of push for Trump’s presidential win back in 2016. Since Trump’s election back in 2016, numerous self-proclaimed “prophets” have been… END_OF_DOCUMENT_TOKEN_TO_BE_REPLACED

President Biden falls and slips multiple times on the Airforce One Steps and PEOPLE ARE GOING CRAZY! What’s the big deal? Some people are hating, while others are making memes just for the fun of it. We are all human, aren’t we? Everyone’s expected to stumble some time in their lives. However, with the internet… END_OF_DOCUMENT_TOKEN_TO_BE_REPLACED