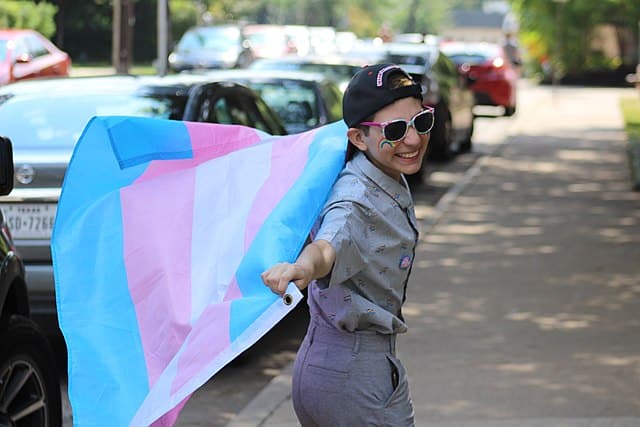 For every step that the US has taken towards gender equality, the Alabama trans youth healthcare ban takes a thousand steps back. We may all think that the general climate of the society about gender fluidity and acceptance has improved in the past few decades. But we may be wrong. The State of Alabama is voting for a bill banning puberty blockers, surgery, and hormone therapy for minors or children under 19. Not only that, but teachers are also forced to “out” their transgender students.

People are not only scared, but they are also disgusted and enraged. The Alabama trans youth healthcare ban is absolute DISCRIMINATION.

Every child has a right to health. This is an international human rights law – to provide children with the highest attainable standard of health. The law may not directly state it, but this SHOULD cover not only physical health but mental health as well. Feeling that you are in the wrong body may not be considered a physical illness. However, forcing a child to suppress these feelings and to refuse to provide them with avenues for support will surely affect a child’s mental health. Just imagine the kind of trauma trans children will have to face and carry into adulthood.

It is already disgusting that they removed trans-related health services from standardized healthcare. But, criminalizing healthcare providers for offering hormone therapy and surgery is ridiculous.

The threat is not the children

My little girl is a threat to no one. All she wants to do is to be able to play with other kids.
Trans kids in the US are facing bans & genital examinations.
The threat is not the children, the threat is lawmakers who want to legislate our kids out of existence.#LetKidsPlay https://t.co/WFuUJwOlF4

To the trans, non binary and Two Spirit youth out there in need of care know that we see you and won’t ever stop fighting for you. This is injustice. And what is being stolen from you will not stand.

Because it IS child abuse

THREAD: Right now, we’re gathering both in-person at the Alabama State House and online to protest anti-trans bills. We need to send a clear message that trans and non-binary people belong EVERYWHERE and that those who attack trans youth have to face ALL of us. #ProtectTransKids pic.twitter.com/hXiUSX6eVX

Trans kids’ lives depend on it

Efforts to criminalize trans kids are deadly and we need to fight back against Alabama’s HB1/SB10. Trans kids’ lives depend on stopping this bill. Tell Alabama lawmakers to #ProtectTransKids #NoHB1 #NoSB10 @ACLUAlabama

Legislating trans people out of existence is reprehensible

And with this Alabama joins us in the uk when it comes to transphobia in legislation. Denying the appropriate healthcare to trans youth should not be illegal. Attempting to legislate trans people out of existence is reprehensible and a violation of trans people’s rights. https://t.co/JkUB62HtVK

The world is devastated by the news that Britain’s Prince Philip, the Duke of Edinburgh, has died at the age of 99. Palace media confirms that the Duke has expired mid-day today, April 9th. The announcement did not contain any specifics on the cause of death. The United Kingdom will enter a state of national… END_OF_DOCUMENT_TOKEN_TO_BE_REPLACED

Who would have known that religious prophets would be among the most loyal supporters of former President Trump? In fact, it has been observed that the most conservative Christians may have been the right amount of push for Trump’s presidential win back in 2016. Since Trump’s election back in 2016, numerous self-proclaimed “prophets” have been… END_OF_DOCUMENT_TOKEN_TO_BE_REPLACED

President Biden falls and slips multiple times on the Airforce One Steps and PEOPLE ARE GOING CRAZY! What’s the big deal? Some people are hating, while others are making memes just for the fun of it. We are all human, aren’t we? Everyone’s expected to stumble some time in their lives. However, with the internet… END_OF_DOCUMENT_TOKEN_TO_BE_REPLACED