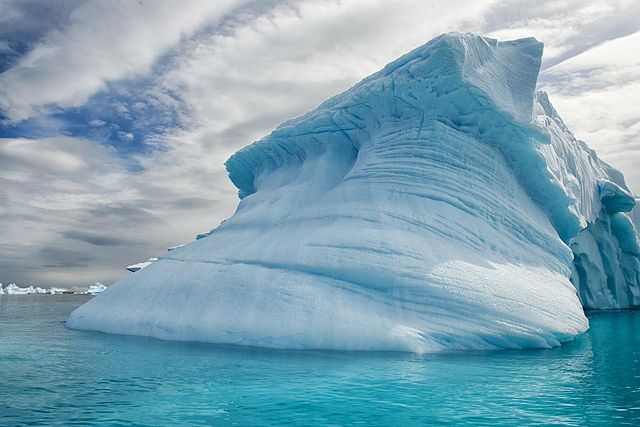 A giant crack in Antarctica made headlines again for the past few days and many people are worried. A rift has caused a huge chunk of the glacier to break off into the ocean in a part of Antarctica known as the Brunt Ice Shelf. Also known as glacier calving, this process of rifting between glaciers is permanent and irreversible where the end piece breaks free and creates ice chunks known as icebergs. These are solid and intact pieces but are still considerable mass losses to our glaciers in the south pole.

What makes this event spectacular (and equally concerning) is the fact that glacier calving of this scale is the first for the past almost half-century. Although this may be the first in the last four decades, scientists are not exactly surprised by the event. This is particularly true in the growing cracks in the Brunt Ice Shelf. Glacier calving can take decades to complete and scientists have been observing these ‘cracks’ on the Antarctic for years. Scientists have been keeping an eye on this for the past couple of years.

Experts estimate that the size of this iceberg chunk is larger than the City of New York. This process of glacier calving is completely normal and natural. In fact, it is an absolutely expected event. The behavior of large glaciers like this is unpredictable and parts of it could break off with or without global warming. Scientists even pointed out that there is no significant evidence to point that glacier calving is caused entirely by global warming.

However, even if these events are expected there is too much evidence to deny that global warming does exist. It may not be on the cracking of glaciers or pieces of it breaking off, but it could be seen elsewhere. In fact, scientists have been pointing out that climate change is in our polar regions. What makes experts worried now is the fact these changes occurring in the poles are happening too often, too fast.

Expecting to see changes in the future

Among the changes scientists have been seeing in the poles include but are not limited to the following:

Many experts believe that humanity has reached a point where climate change is NEAR irreversible. Some data show that global temperatures can further increase and cause unusual effects to the environment should world governments fail to produce any action. Talks among leaders have been prevalent in the last decade, but are we really seeing any change?

Also read: Countries That Vaccinated for COVID-19 and How It’s Going

Seems it was just like yesterday when we all fought over and hoarded HEAPS of toilet paper for no reason at all. All the memories are rushing in as the US suffers from a gas shortage. As expected, gas shortage memes are everywhere to bring light to our currently sad situation. Along the US east… END_OF_DOCUMENT_TOKEN_TO_BE_REPLACED

Israel’s Iron Dome has protected the country against missile attacks for years. The Iron Dome in Israel is the biggest of its kind in the world. No other countries in the world use the same air defense system, meaning it is one of a kind. The tension between Israel and Gaza has been going on… END_OF_DOCUMENT_TOKEN_TO_BE_REPLACED

The world is devastated by the news that Britain’s Prince Philip, the Duke of Edinburgh, has died at the age of 99. Palace media confirms that the Duke has expired mid-day today, April 9th. The announcement did not contain any specifics on the cause of death. The United Kingdom will enter a state of national… END_OF_DOCUMENT_TOKEN_TO_BE_REPLACED