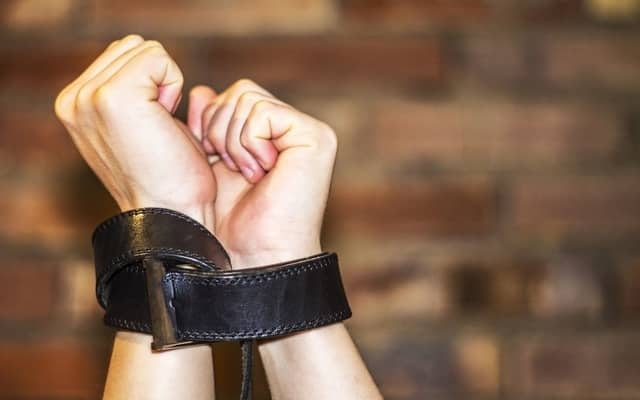 To get out of a double shift at work on Thursday, a man from Coolidge, Arizona decided to fake his own kidnapping.

Sometimes you just don’t feel like going to your job. Perhaps you call in sick — or maybe you ‘man up’ and go anyway. Possibly you fabricate a fake emergency, such as a death in your family or a ruptured pipe in your house. Or even better, maybe you bind yourself and toss your body on the side of the road to simulate your own kidnapping. That’s exactly what 19-year-old Brandon Soules did and thereafter pleaded guilty to reporting fraudulent information to law enforcement.

On Feb. 10, Soules bound his hands with his own belt after beating himself up, wedged a bandana in his mouth, and flung himself on the side of the road to falsify the kidnapping, according to local authorities. He also fancied a complex fable about his wealthy dad, a trove of interred money in the desert, and two masked adductors who could care less that he would be a no-call no-show at the auto shop he worked in. Cmdr. Mark Tercero of the Coolidge Police Department said: “He informed us that he was hit in the head and stuffed in a car in front of his home.

“But when we located video surveillance in front of his home, we were able to see no such thing.” Cops say Soules also concocted text-message chains to solidify his tale. He ultimately admitted to organizing the enter thing when authorities confronted him seven days after the incident. Tercero added: “After we showed him all the information, he admitted that he fabricated this story because he didn’t want to go to work.”

Carjackers Mistakenly Abduct Child, Drop Him Off at School