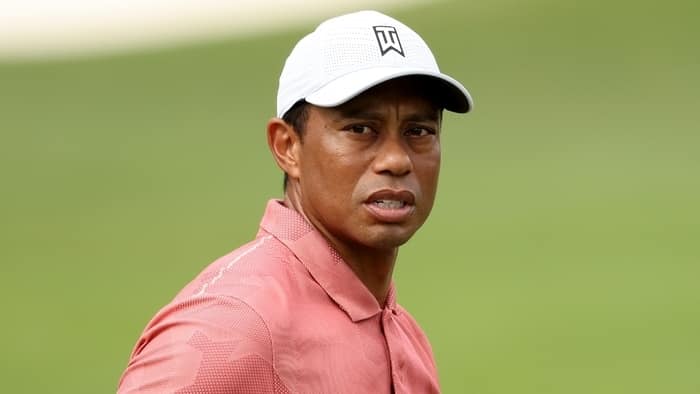 Tiger Woods was involved in a monstrous car accident on Monday morning that called upon the Jaws of Life to extract him from the automobile.

According to his agent, Mark Steinberg, Woods sustained “multiple leg injuries” and is undergoing surgery this afternoon. In Rancho Palos Verdes, California at approximately 7:12 a.m EMTs responded to a roll-over crash. The initial report from the scene of the accident hinted at Woods possessing two broken legs though his injuries are not life-threatening. Steinberg spoke in his statement: “Tiger Woods was in a single-car accident this morning in California where he suffered multiple leg injuries. He is currently in surgery and we thank you for your privacy and support.”

The “single-vehicle roll-over traffic collision” happened on the border of Rancho Palos Verdes and Rolling Hills Estates. “The vehicle sustained major damage,” according to the Sheriff’s department. Rescuers had to pull the golfer out from the windshield of the SUV. Another vehicle, which had halted and pulled over to the side of the road to help Woods soon after the wreck, was struck by another automobile approaching over the hill. Based on pics and video footage, it looks as if Woods slammed into a curb and razed a rolling hills sign. Outside of the vehicle luggage could be seen.

Woods, who was rehabilitating from a back procedure done on Dec. 23, was in the area for a PGA Tour event at Riviera Country Club that he hosts. “I’m sick to my stomach. You know, it hurts to see one of your — now one of my closest friends get in an accident,” said Justin Thomas. “Man, I just hope he’s all right. Just worry for his kids, you know. I’m sure they’re struggling.” Jay Monahan, PGA Tour commissioner, said in a statement: “On behalf of the PGA Tour and our players, Tiger is in our prayers and will have our full support as he recovers.”

Tiger Woods Gets Apology From Brandel Chamblee On Twitter

The world is devastated by the news that Britain’s Prince Philip, the Duke of Edinburgh, has died at the age of 99. Palace media confirms that the Duke has expired mid-day today, April 9th. The announcement did not contain any specifics on the cause of death. The United Kingdom will enter a state of national… END_OF_DOCUMENT_TOKEN_TO_BE_REPLACED

Who would have known that religious prophets would be among the most loyal supporters of former President Trump? In fact, it has been observed that the most conservative Christians may have been the right amount of push for Trump’s presidential win back in 2016. Since Trump’s election back in 2016, numerous self-proclaimed “prophets” have been… END_OF_DOCUMENT_TOKEN_TO_BE_REPLACED

President Biden falls and slips multiple times on the Airforce One Steps and PEOPLE ARE GOING CRAZY! What’s the big deal? Some people are hating, while others are making memes just for the fun of it. We are all human, aren’t we? Everyone’s expected to stumble some time in their lives. However, with the internet… END_OF_DOCUMENT_TOKEN_TO_BE_REPLACED