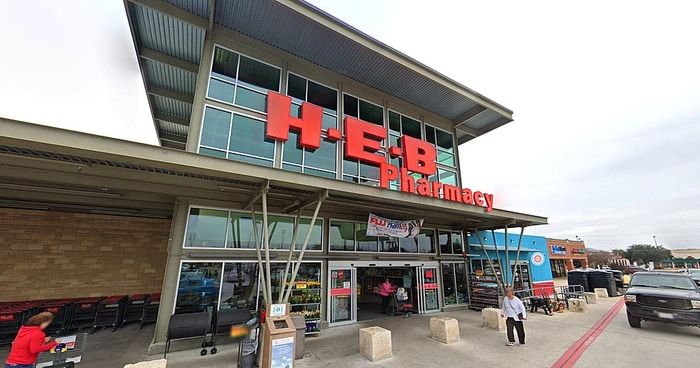 H-E-B grocery store in Leander, Texas permitted customers to depart with foodstuffs free of charge after the establishment lost power.

The supermarket has gone viral for its act of compassion to locals during a grievous winter storm which has left many scampering for water and food after power outages. There was a “collectivized groan” on Sunday when the lights shut off while he was standing behind 20 customers in a checkout line, according to 60-year-old Tim Hennessy. Once Hennessy got to the counter, the cashier waved him to go on before wishing him well on his drive home. He said: “And it hit us — like, wow, they’re just letting us walk out the door.”

This is horrible! Hundreds of people line up outside an H-E-B grocery store in Austin Texas hoping to get groceries. pic.twitter.com/fsIFkDLyhM

Hennessy continued: “We could not believe the generosity of H.E.B. and the kindness of that wonderful gesture. They could just as easily asked us all to leave the store as soon as the power went out and asked us to just leave the groceries in the carts. This is the America that I know. Despite all the negative we hear/see being reported daily in the news. America and most Americans are still kind, thoughtful, generous, and caring.”

After the news broke, folks took to Twitter to applaud the Texas market for their act of generosity. “Wow! @HEB is seriously EVERYTHING! The electricity went out in the Leander store this afternoon, while people were shopping, which meant they could NOT check out…HEB let everyone take their carts of full groceries home for FREE. #AllTheFeels,” Anne Hudson tweeted. “H‑E‑B has done more for Texas than our own government leadership for the past year. I literally trust a southern grocery store chain more than the people whose job is to be there for us when we need them,” tweeted Miles Luna.