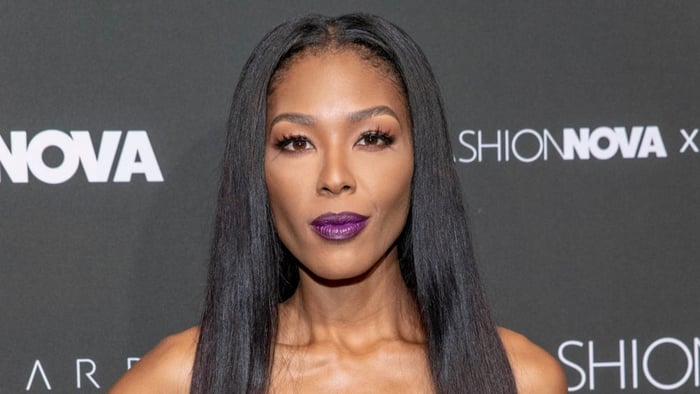 Moniece spoke out recently about a questionable relationship between Apryl Jones, Love & Hip Hop co-star, and the renowned producer. The socialite’s comments came after Jones and Dre were seen last week headed to dinner. In a series of videos, Moniece expatriates on the rumored threats in addition to publishing a declared message on her Instagram story. She remarked: “You know what I did not want to believe that (Dr.) Dre was a woman beater. But after a couple of phone calls I literally just had, he’s a women beater. For sure. For f**king sure.”

Moniece Slaughter made a few allegations about Dr. Dre after she said she received a certain phone call. pic.twitter.com/6koZojIVgv

“Don’t you send another motherf**ker to this phone of mine, to make one more f**king threat,” Moniece says indignantly and perturbed with tears. “And I recorded it.” In her Instagram story, the singer-songwriter doubles down on her allegations, where she adds she elected to speak up versus keeping quiet. She would rather not permit the purported thugs to browbeat her into doing otherwise. Rather, Moniece chose to hold unshakable on her position of speaking up in spite of being cautioned by friends and relatives to not do so.

She furthered: “Upon waking up today I was told that my life, along with my son’s life, and my family’s lives were in danger. That I was dealing with a very powerful man, and that I needed to be quiet, to disappear from social media, and even think about taking a vacation to clear my mind’.” Thus far, there’s been no word from either Apryl Jones or Dr. Dre in reference to Moniece’s claims.

Will Smith disclosed in a podcast interview recently that he would “consider” running for president “at some point.” In an interview released Monday, the 52-year-old rapper told Crooked Media’s “Pod Save America”: “I think for now I’ll let that office get cleaned up a little bit. And then I’ll consider that at some point down… END_OF_DOCUMENT_TOKEN_TO_BE_REPLACED

Vaccination programs are currently on roll-out and countries that vaccinated for COVID-19 are talking. Questions are everywhere, and it is building up people’s anxieties about vaccination. How has the vaccine affected their population? Are the vaccines any good? Should we research more on newer vaccines? Can the vaccines kill the mutated virus? The answers change… END_OF_DOCUMENT_TOKEN_TO_BE_REPLACED

Texas Senator, Ted Cruz, received heavy criticism after taking a vacation to Cancun with his family in the middle of a crisis. The latest power crisis in Texas left hundreds of homes without electricity and water for more than 48 hours in negative degree weather. This has left the lives of many Texas residents in… END_OF_DOCUMENT_TOKEN_TO_BE_REPLACED