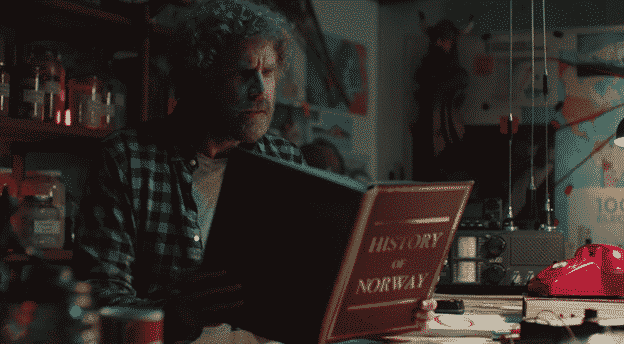 The University of Adger in Norway throws shade on the US as a reaction to a Superbowl ad by GM. Since the release of teasers up until days after the official release of the Superbowl ad, the internet is bursting with trends about this topic. What happened and why did it get that much reaction?

This is where it all started

“No way Norway, knock knock it’s America”. It all started when GM started to release teasers and short clips of their new Superbowl ad a few weeks prior to the Superbowl weekend. The tag – Why Does Will Ferrel Hate Norway?. The point of the commercial is to create a parodical explanation of why General Motors Electric Vehicles (or EVs) are so much better than those manufactured by Norway.

Now, instead of focusing JUST on the great features of GM Electric Vehicles (which are impressive, by the way), the commercial resorted to a couple of hilarious Ad Hominem against Norway. A short DISCLAIMER though, the GM Commercial is not for the easily offended. It was created as a parody, and a few of their punchlines sounded like stereotyping (and borderline racist).

However, the ad may not ensure skyrocketing sales, it was, however, successful in making people talk about GM. The Superbowl ad got so much attention that the University of Agder in Norway created a reaction video that seemed to roast America as a whole. Although the dark humor DID sound hilarious, the University HAD hit some very sore, yet realistic spots that got us thinking, America has to put its game up.

Some ACCURATE and UNDENIABLE roasts from the University of Adger

It started out as a “public apology” released by the President of the University of Agder (of course, with the help of Olaf). The goal of the “public apology” was to maintain the good and peaceful relationship between Norway and the US. This apology aimed to “hide” all the good things that Norway can offer. They did this out of fear that it could cause Will Ferrel another bout of jealousy, just like the performance of their EVs. Here are some of the ugly truths:

Even comically, the video ended with the line Sorry (Not Sorry).

And yes…Norway has done it before

This is not the first time that the internet is bursting with reactions from Norway shading the US. Around this time last year, the Norwegian University of Science and Technology posted a reminder to their students who were currently out of the country to go back home due to the onslaught of the Coronavirus pandemic. In the post, the University has called the US an example of a “country with a poor health care system”. A lot of Americans have seconded the shade, saying that it is the MOST ACCURATE description of healthcare in the US.

Norway with the shade. Accurate, though. pic.twitter.com/xG4QRHki1U

Also read: Reasons Why the Senate Acquitted Trump for Inciting an Insurrection