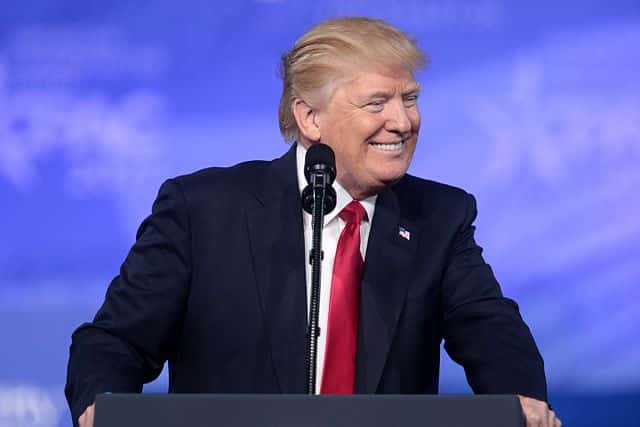 We need reasons why the Senate acquitted Trump for impeachment and we need these reasons NOW. The US watched the impeachment trials worriedly in their homes for the past couple of weeks. Both the prosecution and defense presented their takes on the case. We all know WHY Trump has to be impeached. It’s not that the Senate did not try to impeach former President Trump. It’s just that they can’t. This article explains, on the surface, why Senate acquitted Trump DESPITE a glaring presentation of evidence.

The Defense: Key Takeaways from the trial

Here is a summary of how Trump’s lawyers defended him during the trial:

So, now that we know how the lawyers tried to convince the Senate about his innocence. Here are the REAL reasons why he was acquitted:

There are a total of 100 seats in the United States Senate. This is represented almost toe-to-toe by the two largest political parties in the country. Currently, 48 Senators are members of the Democratic party, 50 members from the Republican party, and two senators are independent. The 57 to 43 majority vote means that 57 out of the 100 senators voted FOR Trump’s impeachment, while the remaining 43 senators VOTED AGAINST Trump’s impeachment.

For ordinary people like us, this sounds like a sure win for the Democrats right? Finally, we are going to get the justice we need from Trump’s administration. Nope, we are wrong. The world is surprised by the news that Trump was acquitted from impeachment by the Senate for the SECOND TIME.

We have to understand the law. Even if the impeachment vote exceeds those that voted against it, two-thirds of the Senate must come to the same conclusion. It means that a minimum of 67 senators must vote FOR Trump’s impeachment for the decision to be viable. This is clearly stated in the constitution that a two-thirds vote of the senate is needed to convict an official for impeachment. The penalty for this is removal from office. When the two-thirds vote is reached, there is no appeal for this decision.

What does the 57 to 43 majority mean then? The Senate fell 10 votes short to impeach Trump. THIS is WHY he is acquitted.

At the end of it all, the votes boiled down to loyalty from his fellow Republicans. Republican senators have stood by the president from the beginning and in more ways than one. Out of the 50 Republican members of the Senate, only seven voted for his impeachment. These include Lisa Murkowski, Ben Sasse, Mitt Romney, Pat Toomey, Richard Burr, Bill Cassidy, and Susan Collins.

Israel’s Iron Dome has protected the country against missile attacks for years. The Iron Dome in Israel is the biggest of its kind in the world. No other countries in the world use the same air defense system, meaning it is one of a kind. The tension between Israel and Gaza has been going on… END_OF_DOCUMENT_TOKEN_TO_BE_REPLACED

The world is devastated by the news that Britain’s Prince Philip, the Duke of Edinburgh, has died at the age of 99. Palace media confirms that the Duke has expired mid-day today, April 9th. The announcement did not contain any specifics on the cause of death. The United Kingdom will enter a state of national… END_OF_DOCUMENT_TOKEN_TO_BE_REPLACED

Who would have known that religious prophets would be among the most loyal supporters of former President Trump? In fact, it has been observed that the most conservative Christians may have been the right amount of push for Trump’s presidential win back in 2016. Since Trump’s election back in 2016, numerous self-proclaimed “prophets” have been… END_OF_DOCUMENT_TOKEN_TO_BE_REPLACED