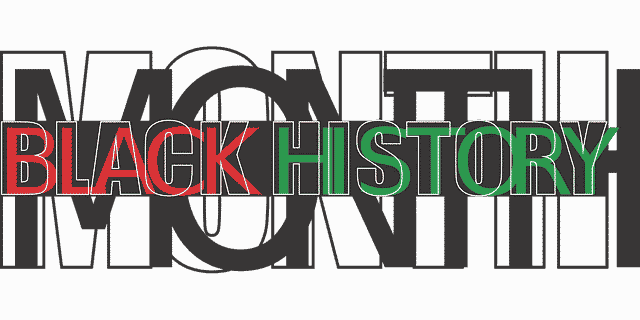 Black History Month would not be what it is without all the incredible and amazing people behind it. People of African descent have influenced all aspects of society. Activism and the civil rights movement – these are not just the two most important concepts that need to be commemorated and celebrated for Black History Month. Black history and culture are so much more. They have influenced arts, music, dance, and more. These amazing people also made important contributions to science, medicine, and health.

For all those that set the standards!

Kicking off celebrations for the first week of #BlackHistoryMonth2021 For all those that set the standard and for all that live it!!
❤🧡💚💛🖤❤🧡💚💛🖤 pic.twitter.com/qtOjf1zixY

Do you know the story of the only regiment commanded entirely by black officers during #WWI?

In theatre, arts, and Broadway

Celebrating Lorraine V. Hansberry a Wisconsin Badger. She was the 1st African-American female author to have a play performed on Broadway. Best known for the play, A Raisin in the Sun. In 1940, her struggle against segregation, led the movement on campus to integrate dorms.#BHM pic.twitter.com/SSlaUsR2kY

In celebration of #BlackHistoryMonth2021 we honor Arthur Mitchell (1934-2018), the first black ballet dancer to achieve international stardom. He broke barriers as an iconic dancer with New York City Ballet and co-founder of Dance Theater of Harlem. #BalletForAll #DanceForAll pic.twitter.com/K2EEVAIeiO

Founders of the civil rights movement

Today in 1909: the National Association for the Advancement of Colored People (NAACP) is founded.

Before the rise of youth-led organizations like SNCC in the 1960s, NAACP youth councils prepared a generation of Black Americans to become leaders in the civil rights movement. #BHM pic.twitter.com/pituXvPKJE

Bill Russell appeared in 10 GAME 7’s, including 5 in the #NBAFinals. He went undefeated.

Not only was Alice Coachman the first Black woman to win an Olympic gold medal, she was also the only American woman to bring home the gold from the 1948 Olympic Games in London. #BHM pic.twitter.com/xXCPpL5kmo

In the field of surgery and medicine

Octavia Dickens, MD, FACS, was the first Black woman to become an ACS Fellow, led pioneering work in obstetrics & gynecology. Throughout her illustrious career, she conducted extensive research and worked with the @NIH to develop access to pap smears and cancer screenings.#BHM pic.twitter.com/bgN6xC41RX

Inspiring people for Black History Month: No one else but Oprah

Honor all our civil rights activists

Today we honor Medgar Evers. He was a veteran & civil rights activist. He was the direct for NAACP for voting rights in Mississippi. He pushed for the investigation of Emmett Till murder and admittance of James Meredith to the University of Mississippi. #BlackHistoryMonth2021 pic.twitter.com/zT7PmvkIJH

Israel’s Iron Dome has protected the country against missile attacks for years. The Iron Dome in Israel is the biggest of its kind in the world. No other countries in the world use the same air defense system, meaning it is one of a kind. The tension between Israel and Gaza has been going on… END_OF_DOCUMENT_TOKEN_TO_BE_REPLACED

The world is devastated by the news that Britain’s Prince Philip, the Duke of Edinburgh, has died at the age of 99. Palace media confirms that the Duke has expired mid-day today, April 9th. The announcement did not contain any specifics on the cause of death. The United Kingdom will enter a state of national… END_OF_DOCUMENT_TOKEN_TO_BE_REPLACED

Who would have known that religious prophets would be among the most loyal supporters of former President Trump? In fact, it has been observed that the most conservative Christians may have been the right amount of push for Trump’s presidential win back in 2016. Since Trump’s election back in 2016, numerous self-proclaimed “prophets” have been… END_OF_DOCUMENT_TOKEN_TO_BE_REPLACED