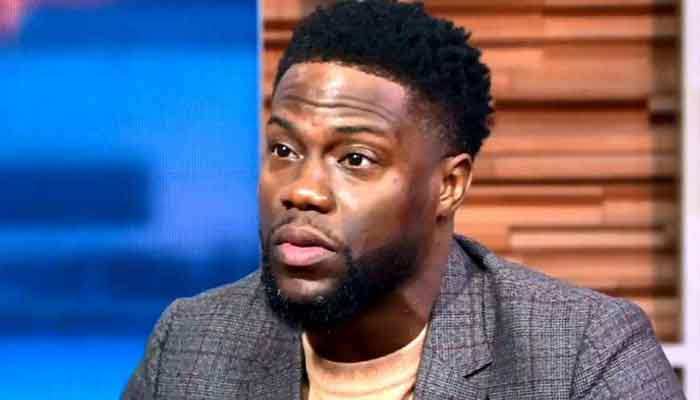 A personal shopper working for Kevin Hart reportedly stole more than $1 million from him by making unauthorized transactions with the comedian’s credit cards.

On Thursday, Dylan Jason Syer, 29, was indicted on grand larceny and other charges in Queens Supreme Court. Syer was charged with scheme to defraud in the first degree, criminal possession of stolen property in the first and second degree, grand larceny in the first and second degree, and identity theft in the first degree by John Latella, acting Queens Supreme Court Justice. Additionally, in civil court, the District Attorney filed an asset for forfeiture action against the personal shopper, “seeking to seize, restrain, and ultimately forfeit Syer’s assets up to the amount that he allegedly stole. Any recovered assets will first be used to make any victims of this crime whole.”

Syer commenced working with the Ride Along star in 2015 when he was hired to procure numerous items for Hart via his personal shopping business, according to the DA. Following, Syer held onto the actor’s credit card numbers “with the understanding that he would only make authorized purchases.” However, the personal shopper went on to make “unauthorized charges on those credit cards over the course of 19 months” which totaled more than $1,000,000, according to prosecutors.  Syer charged roughly $924,000 on Hart’s cards combined with $230,000 worth of watches and jewelry purchased from a jeweler in California.

“The investigation revealed that the defendant used his business’s credit card processing account to make unauthorized charges on Mr. Hart’s credit card. Once those credit card charges were processed by Syer’s bank, the proceeds poured into Syer’s checking account,” said the DA. “With Mr. Hart’s stolen money in the defendant’s bank account and at his disposal, the defendant then purchased thousands of dollars of fine art and other collectibles, and at least 5 Patek Phillipe watches valued at more than $400,000. Among these art and collectible purchases was a Sam Friedman painting, at least 16 Bearbrick collectible dolls, 5 KAWS collectible dolls, and two Louis Vuitton Keepall Bandouliere bags.”

The world is devastated by the news that Britain’s Prince Philip, the Duke of Edinburgh, has died at the age of 99. Palace media confirms that the Duke has expired mid-day today, April 9th. The announcement did not contain any specifics on the cause of death. The United Kingdom will enter a state of national… END_OF_DOCUMENT_TOKEN_TO_BE_REPLACED

Who would have known that religious prophets would be among the most loyal supporters of former President Trump? In fact, it has been observed that the most conservative Christians may have been the right amount of push for Trump’s presidential win back in 2016. Since Trump’s election back in 2016, numerous self-proclaimed “prophets” have been… END_OF_DOCUMENT_TOKEN_TO_BE_REPLACED

President Biden falls and slips multiple times on the Airforce One Steps and PEOPLE ARE GOING CRAZY! What’s the big deal? Some people are hating, while others are making memes just for the fun of it. We are all human, aren’t we? Everyone’s expected to stumble some time in their lives. However, with the internet… END_OF_DOCUMENT_TOKEN_TO_BE_REPLACED