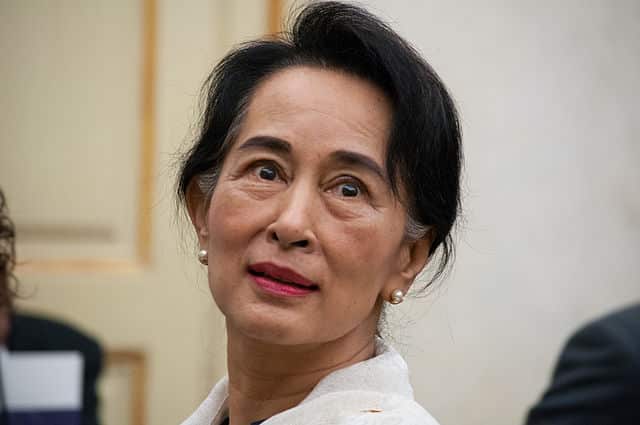 Social media has been with news and posts about the Myanmar protests. Many people are unsure how to process this information. Are we even affected by this small country somewhere in Asia, at all? The answers may surprise you and, yes, it is going to affect us all more than we think.

For days since the Myanmar coup, people have been on the streets to peacefully protest. They are protesting due process, that leaders held in captivity are tried as the law dictates. They also pray that their protests put an end to violence. What the people want is clear – for their government to hear their voices.

Possibility of violence against the minorities

Myanmar leader, Aung San Suu Kyi, along with many other Democratic leaders of the country, were the country’s hope for change. However, they were not free from criticisms after their government is accused of cruelty against the Rohingya minority group. In this case, even the Rohingya people denounced the coup. They are afraid that the military gaining power could lead to their ultimate demise. The Myanmar protests have explained that pretty well. Citizens are afraid of losing their voices.

The military coup that happened recently in Myanmar has received many reactions from leaders from different parts of the world. A total of 167 countries in the world are under a democratic government. It is good to know how these world leaders would react to these developing events in Myanmar. In some way, it could be a reflection of their political beliefs and, in some small way, it will affect the way to lead their government.

For example, the Philippine government received raised eyebrows after a controversial reaction to the Myanmar coup. Although the spokesperson did explain that the Philippines was in no place to interfere with Myanmar’s internal affairs, the government’s reaction is a far cry from its neighbors who are also under democratic rule. Countries like Japan, Singapore, Australia, and India have expressed their worry and disagreements over the course of events happening in Myanmar. What makes it particularly unsettling is that the Philippine President has been known to put military personnel in high seats of power. Could this mean that the Philippines is also moving towards a military coup? Not necessarily, but who’s to say, right?

Because of the recent pandemic, the military has increased power and control over citizens in many Asian countries. Many Asian leaders have heavily relied on the military to ensure that health protocols are followed. These governments relied on the iron fists of soldiers and police to keep their citizens at bay. This sudden presence of the military in government will surely place them in important seats of power. It is not necessarily mean that it will lead to a coup, and the effects may be gradual. However, increasing military influence could slowly change the tides of government away from democracy. Policy changes are inevitable and it will result in the kind of ‘democracy’ that we are not any more familiar with.

Also Read: How’s it Going for Chinatowns in the US for Upcoming Lunar New Year?

Will Smith disclosed in a podcast interview recently that he would “consider” running for president “at some point.” In an interview released Monday, the 52-year-old rapper told Crooked Media’s “Pod Save America”: “I think for now I’ll let that office get cleaned up a little bit. And then I’ll consider that at some point down… END_OF_DOCUMENT_TOKEN_TO_BE_REPLACED

Vaccination programs are currently on roll-out and countries that vaccinated for COVID-19 are talking. Questions are everywhere, and it is building up people’s anxieties about vaccination. How has the vaccine affected their population? Are the vaccines any good? Should we research more on newer vaccines? Can the vaccines kill the mutated virus? The answers change… END_OF_DOCUMENT_TOKEN_TO_BE_REPLACED

Texas Senator, Ted Cruz, received heavy criticism after taking a vacation to Cancun with his family in the middle of a crisis. The latest power crisis in Texas left hundreds of homes without electricity and water for more than 48 hours in negative degree weather. This has left the lives of many Texas residents in… END_OF_DOCUMENT_TOKEN_TO_BE_REPLACED