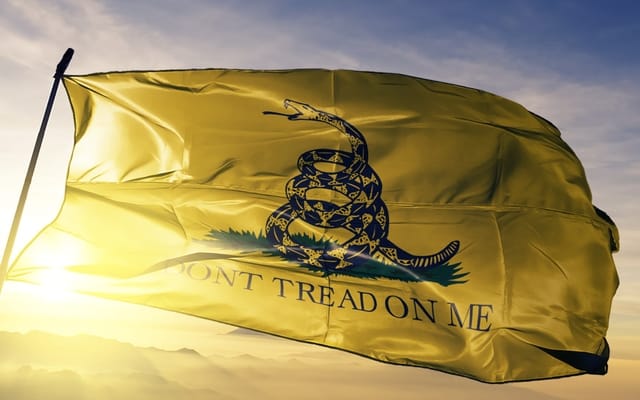 Rosanne Boyland, 34, was trampled and crushed to death during the Capitol riots while ironically holding a ‘Don’t Tread on Me’ flag.

Boyland stormed the Capitol along with scores of other rebels. Fellow insurrectionist and her pal Justin Winchell told local reporters: “[Our fellow rioters] basically created a panic, and the police, in turn, push back on them, so people started falling. I put my arm underneath her and was pulling her out and then another guy fell on top of her, and another guy was just walking (on top of her). There were people stacked two-three deep… people just crushed.”

Winchell noted that paramedics attempted to revive her but failed. Conservatives have endorsed the yellow Revolution-era yellow “Don’t Tread on Me” flag, known as the Gadsden flag as well, as a method to oppose government intercession. Justin Law, Boyland’s brother-in-law, told reporters: “I’ve never tried to be a political person but it’s my own personal belief that the president’s words incited a riot that killed four of his biggest fans last night and I believe that we should invoke the 25th amendment at this time.

“Our family is grieving on every level for our country, for all the families that have lost loved ones or suffered injuries, for our own loss.” Trump‘s followers killed a police officer also, Brian Sicknick, during their uprising in addition to crushing a fellow insurgent. Detectives are now filing federal murder charges as a result of his death. Three others died as well during the Capitol riots.

Dismayed and Disgusted Twitter Reactions to the US Capitol Riot

Presidential pardons are one and many in the history of the US. There are many times when US Presidents granted reprieves for their citizen’s misdeeds. The US President may grant a pardon for any individual, including himself, for any crimes done against the country and its citizens. This issue of Presidential pardons has been trending… END_OF_DOCUMENT_TOKEN_TO_BE_REPLACED

President Biden has tapped Rachel Levine to be his assistant secretary of health, making her the first publicly transgender federal official. In 2017, Democratic Gov. Tom Wolf appointed Levine to her current post, making her one of the few transgender persons serving in appointed or elected positions countrywide. Biden said in a statement: “Dr. Rachel… END_OF_DOCUMENT_TOKEN_TO_BE_REPLACED

The minimum wage hike has always been an issue in the US for the past decades. With only a few hours before Biden gets inaugurated as the President of the United States, people are excited for all his promises to take place. One of these is his plans to raise the minimum wage of workers… END_OF_DOCUMENT_TOKEN_TO_BE_REPLACED