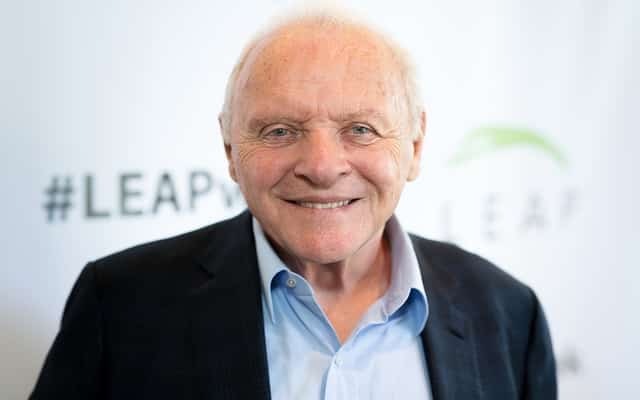 Academy Award-winner Anthony Hopkins has posted a video via Twitter celebrating 45 years clean of alcohol, providing his fans with an inspiring message.

82-year-old Hopkins requested spectators to embrace 2021 following “a tough year, full of grief and sadness for many, many, many people,” in the footage posted this week. The actor best known for playing serial murderer Hannibal Lecter said: “Forty-five years ago today, I had a wake-up call. I was headed for disaster, I was drinking myself to death. I’m not preachy, but I got a message. A little thought that said, ‘Do you want to live or die?’ And I said, ‘I want to live.’ And suddenly the relief came and my life has been amazing.”

With gratitude, I celebrate 45 years of sobriety. pic.twitter.com/fxzMRGlI4m

Hopkins conceded that he also has difficult junctures in life: “I have my off days and sometimes little bits of doubt and all that.” Too, he called on folks to remain positive no matter what: “All in all, I say hang in there. Today is the tomorrow you were so worried about yesterday. Young people, don’t give up. Just keep in there. Keep fighting. Be bold. Mighty forces will come to your aid. That’s sustained me through my life.”

In March, the Red Dragon star posted a video of himself tinkering on his piano to Niblo (his cat) via Twitter. Hopkins released an LP of his musical works back in 2012 and is actually a sharpened composer of classical music. For his part as Pope Benedict XVI in “The Two Popes” (a Netflix film), Hopkins was nominated at the 2020 Academy Awards for Best Supporting Actor.

How Booze and Social Media Could Lead To Your Unemployment

Presidential pardons are one and many in the history of the US. There are many times when US Presidents granted reprieves for their citizen’s misdeeds. The US President may grant a pardon for any individual, including himself, for any crimes done against the country and its citizens. This issue of Presidential pardons has been trending… END_OF_DOCUMENT_TOKEN_TO_BE_REPLACED

President Biden has tapped Rachel Levine to be his assistant secretary of health, making her the first publicly transgender federal official. In 2017, Democratic Gov. Tom Wolf appointed Levine to her current post, making her one of the few transgender persons serving in appointed or elected positions countrywide. Biden said in a statement: “Dr. Rachel… END_OF_DOCUMENT_TOKEN_TO_BE_REPLACED

The minimum wage hike has always been an issue in the US for the past decades. With only a few hours before Biden gets inaugurated as the President of the United States, people are excited for all his promises to take place. One of these is his plans to raise the minimum wage of workers… END_OF_DOCUMENT_TOKEN_TO_BE_REPLACED