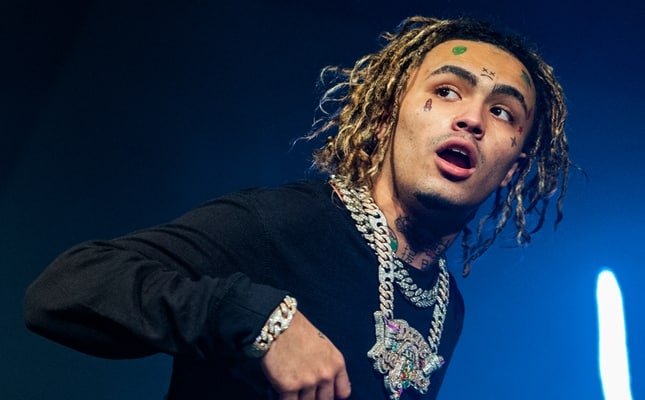 Rapper Lil Pump has been banned from JetBlue for life after he refused to put on a mask on a flight on Tuesday.

According to a statement from JetBlue — which does not name Gazzy Garcia, the 20-year-old hip-hop star, though corroborates that he was the subject of the altercation — the Gucci Gang singer was en route from Fort Lauderdale to LAX when he purportedly became “verbally abusive with crew members after being asked multiple times and refusing to comply with JetBlue’s face covering policy.” Pump had his return reservation voided and, according to Derek Dombrowski (airline spokesperson), he is banned from flying on JetBlue in the future.

The statement continues: “Law enforcement was asked to meet the flight to assist our crewmembers in notifying the customer his return reservation was canceled and he is no longer welcome to fly on JetBlue. The safety of all customers and crewmembers is JetBlue’s first priority. Our policy requires all customers 2 years and older wear a face-covering throughout their journey.” The carrier’s stance is that all passengers two years or older are required to wear a face-covering for the length of the flight.

A rep from JetBlue stated also a passenger became verbally abusive with personnel during the flight and declined to put his face-covering on after removing it mid-flight, before reportedly coughing and sneezing into a blanket. A spokesperson for the airline had not returned queries for further comment at press time. On May 4, carriers started requiring all customers to wear masks to help curb the emerging tide of coronavirus infections.

Israel’s Iron Dome has protected the country against missile attacks for years. The Iron Dome in Israel is the biggest of its kind in the world. No other countries in the world use the same air defense system, meaning it is one of a kind. The tension between Israel and Gaza has been going on… END_OF_DOCUMENT_TOKEN_TO_BE_REPLACED

The world is devastated by the news that Britain’s Prince Philip, the Duke of Edinburgh, has died at the age of 99. Palace media confirms that the Duke has expired mid-day today, April 9th. The announcement did not contain any specifics on the cause of death. The United Kingdom will enter a state of national… END_OF_DOCUMENT_TOKEN_TO_BE_REPLACED

Who would have known that religious prophets would be among the most loyal supporters of former President Trump? In fact, it has been observed that the most conservative Christians may have been the right amount of push for Trump’s presidential win back in 2016. Since Trump’s election back in 2016, numerous self-proclaimed “prophets” have been… END_OF_DOCUMENT_TOKEN_TO_BE_REPLACED