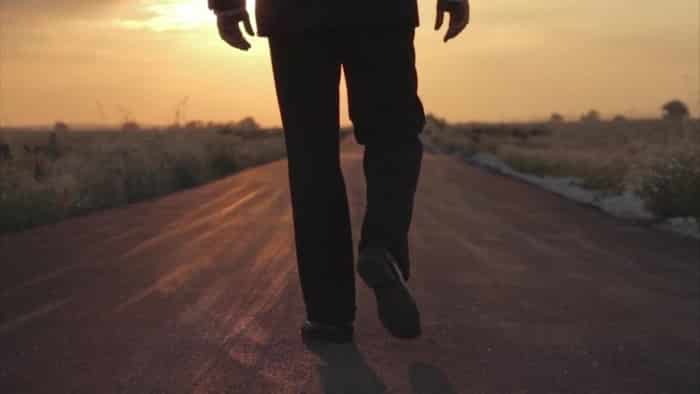 Without leaving his home city Vinod Bajaj, a retired business consultant, has wandered the equivalent of the perimeter of the Earth.

The 70-year-old walked nearly 41,000 kilometers over the past four years in the west of Ireland. He has urged others to remain active in the midst of the outbreak. Bajaj, who has resided in Ireland for 43 years though was born in India, completed his extraordinary exploit in September after burning roughly 1.5 million calories in less than 1,500 days and in 8,322 hours executing more than 54.6 million steps. to set a new world record, he has put in an app with the Guinness World Records as ‘the first individual to walk the equivalent of the circumference of the Earth.’

“I didn’t wake up one morning to say I’m going to do an Earth Walk or I’m going [to try] to be in the Guinness World Records, I just wanted to walk because I wanted to lose weight – I was a little bit overweight, ” said Bajaj. “I started walking and after walking for one year I found that I had done the circumference of the moon; I said that’s very good. The second year I completed the circumference of Mars, that’s roughly about 20,000 kilometers. “My next goal was to go after the Earth which is about 40,075 kilometers. So I said why not. So when I completed 40,075 I felt very good about it.”

Bajaj added: “Walking gives you peace of mind. Your mind is stress-free. I think people should take up walking. It’s very very good for the health. I sleep very well, I eat very well, I don’t have any medical issues. I think walking definitely helps – I’d definitely encourage people to walk, especially people who are much older. They sit down watching the TV and on the sofa. I don’t believe in that.”

Walking and Cycling: A ‘New Normal’ of Transit after the COVID-19

The world is devastated by the news that Britain’s Prince Philip, the Duke of Edinburgh, has died at the age of 99. Palace media confirms that the Duke has expired mid-day today, April 9th. The announcement did not contain any specifics on the cause of death. The United Kingdom will enter a state of national… END_OF_DOCUMENT_TOKEN_TO_BE_REPLACED

Who would have known that religious prophets would be among the most loyal supporters of former President Trump? In fact, it has been observed that the most conservative Christians may have been the right amount of push for Trump’s presidential win back in 2016. Since Trump’s election back in 2016, numerous self-proclaimed “prophets” have been… END_OF_DOCUMENT_TOKEN_TO_BE_REPLACED

President Biden falls and slips multiple times on the Airforce One Steps and PEOPLE ARE GOING CRAZY! What’s the big deal? Some people are hating, while others are making memes just for the fun of it. We are all human, aren’t we? Everyone’s expected to stumble some time in their lives. However, with the internet… END_OF_DOCUMENT_TOKEN_TO_BE_REPLACED