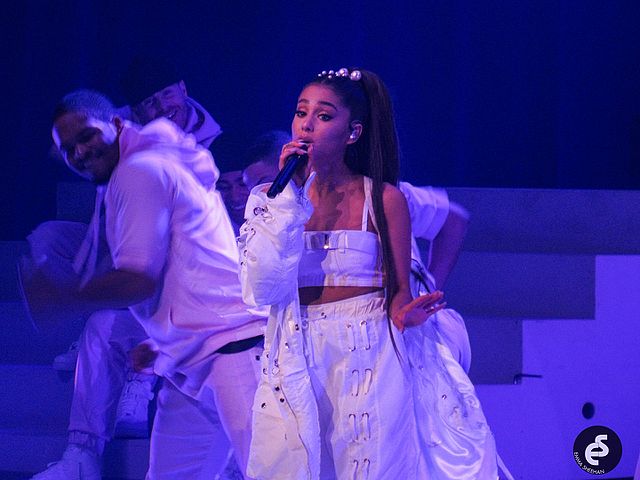 Everyone is asking – WHO IS ARIANA’S FIANCE, DALTON GOMEZ? This is after Ariana Grande announces that she is finally engaged to her boyfriend. The singer announced on an Instagram post early this week through a series of photos. One photo is of her hugging her boyfriend, a mirror selfie with her ring, another selfie with her boyfriend, and a close up of the beautiful ring. All these with a caption – “forever n then some”.

Unlike Ari’s previous relationships, Gomez is not in any relation to the entertainment industry. Instead, he is a budding real estate tycoon in LA. He currently works as a buyer’s agent for a luxury real estate company in LA. He is an A-lister in the industry with multi-million dollar deals. An A-lister in the industry also has some big-name clients.

How did they meet? Well, one speculation is that the famous Hollywood tattoo artist Dakota Gomez (who is also a friend of Ariana) is Dalton Gomez’s brother. Also, there seems to be news that the real estate company Dalton was working for helped Ariana buy her new home.

Being a private person, there is very little that is known about him so far. In fact, he has reportedly made his socials private after the couple made it known to the world that they are dating. What the fans have snooped so far is that he is probably born in 1995 and is either 24 or 25.

No one could really tell, other than close friends and family, how long the two had been together. The only thing we know is that Ari and Dalton were first seen snug together back in February. Fans could only speculate from a few seconds of social media snippets Ari and Dalton have on their social accounts.  For instance, Ariana posted a photo of two guys with their backs on the camera while playing video games. Fans could only speculate that one of them is her new boyfriend.

Since she seems to be ready to reveal this, here is part of my old thread: Ariana is dating Dalton Gomez, a real estate agent. pic.twitter.com/x8VXiifhMF

Later on, the two are seen to be more expressive and public about their relationship. Dalton was seen accompanying Ariana to the VMAs. There are also more photos of them together on social media.

People close to Arianna has reported that she was with her boyfriend when lockdowns were getting tighter in LA. At this time, they had been together only for a few months and has been quite successful in keeping their relationship private. Especially since he is not a celebrity himself, they were able to keep their relationship under wraps for some time. The relationship was sort of made public when Gomez made a cameo in the music video of “Stuck with You” with Justin Bieber. However, the video did not show his face but Ari could be seen so snug and happy with her new beau.

Also read: 2020 Twitter Moments that Make us All Cringe

Presidential pardons are one and many in the history of the US. There are many times when US Presidents granted reprieves for their citizen’s misdeeds. The US President may grant a pardon for any individual, including himself, for any crimes done against the country and its citizens. This issue of Presidential pardons has been trending… END_OF_DOCUMENT_TOKEN_TO_BE_REPLACED

President Biden has tapped Rachel Levine to be his assistant secretary of health, making her the first publicly transgender federal official. In 2017, Democratic Gov. Tom Wolf appointed Levine to her current post, making her one of the few transgender persons serving in appointed or elected positions countrywide. Biden said in a statement: “Dr. Rachel… END_OF_DOCUMENT_TOKEN_TO_BE_REPLACED

The minimum wage hike has always been an issue in the US for the past decades. With only a few hours before Biden gets inaugurated as the President of the United States, people are excited for all his promises to take place. One of these is his plans to raise the minimum wage of workers… END_OF_DOCUMENT_TOKEN_TO_BE_REPLACED