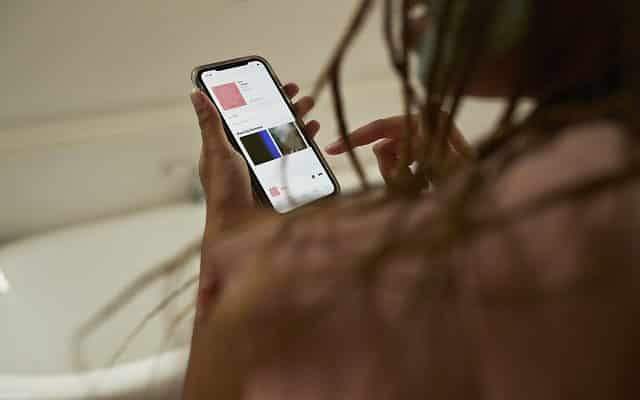 A woman passed away after experiencing a significant electric shock when her plugged-up iPhone dropped in her bathtub.

24-year-old Olesya Semenova was found at her Arkhangelsk, Russia home by her flatmate. The spooked acquaintance, an estate agent named Daria, spoke to the emergency operator: “I screamed, shook her, but she was pale, did not breathe and showed no signs of life. I was really scared. When I touched her, I got an electric shock. There was a smartphone in the water, it was charging.” Paramedics reported that Semenova perished in the bathtub and that her iPhone 8 had plummeted into the water when connected to the socket.

Selfie footage from a year ago displays Semenova in her tub. Following the tragedy, the Russian emergencies ministry released a warning, the newest of a number of such deaths in the nation. “The tragedy once again reminds us that water and an electrical appliance connected to the mains are incompatible. The same applies to any mobile device. If you drown a smartphone, the worst thing is its failure. But when it is connected to the network, we see what the consequences are.”

In August, Anna K., a 15-year-old Russian schoolgirl died in Moscow after enduring an electric shock in her tub. In 2019, Liliya Novikova, a world-renowned poker star and a mathematics prodigy with an engineering first-class degree from a top-ranked Russian university, was electrocuted in her bathroom. Novikova, 26, was home by herself when she died.

Woman Gets 20 Guys To Buy Her iPhones, Then Sells Them To Buy A House

The moment he was inaugurated, immediate changes made by Biden made headlines across the country. These are many of the controversial issues and topics that were shunned and ridiculed by the former administration. Americans can finally breathe a sigh of relief that these concerns have finally reached government policies. It seems clear that Biden has been… END_OF_DOCUMENT_TOKEN_TO_BE_REPLACED

Presidential pardons are one and many in the history of the US. There are many times when US Presidents granted reprieves for their citizen’s misdeeds. The US President may grant a pardon for any individual, including himself, for any crimes done against the country and its citizens. This issue of Presidential pardons has been trending… END_OF_DOCUMENT_TOKEN_TO_BE_REPLACED