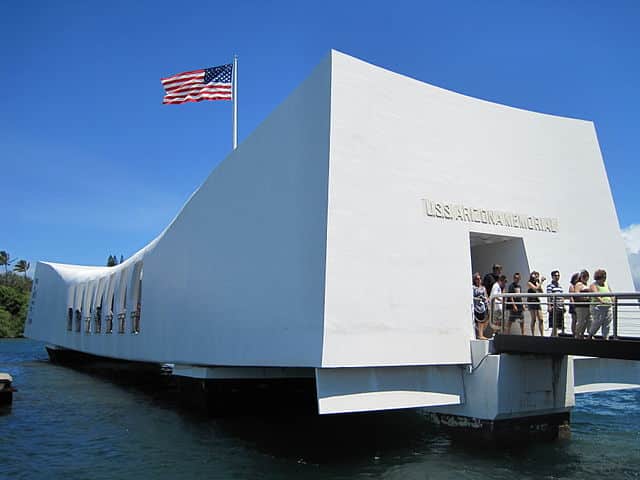 Pearl Harbor day is sure to be different this year as the coronavirus situation in the US remains unchanged. Health risks to our aging veterans are high due to the virus. Precautions must be made and the celebrations are surely affected by the pandemic. It was announced that there are going to be several virtual services for Pearl Harbor Remembrance Day.

As disappointing as it may be, none of our veterans will be gathering in Hawaii this year. Regardless, their heroism is not forgotten and communities all over the US are finding small ways to celebrate them.

How did the Pearl Harbor Attack Change WWII Forever?

The Pearl Harbor event was a pivotal moment for WWII. On this fateful day more than eight decades ago, the Japanese made a surprise military attack on a US naval base in Hawaii known as Pearl Harbor. The attack destroyed 20 US warships and more than 300 planes. More than 2,400 sailors were killed and a thousand others were wounded.

This particular memorial remains one of the most tragic in the entire complex. More than 1,000 sailors were inside the ship when it was torpedoed by Japanese attack planes. Today, it remains as the resting place of hundreds of sailors whose bodies were never recovered from the ship.

Among the visiting centers in the complex would be the Pearl Harbor Aviation Museum, and the USS Bowfin Museum. These are non-profit museums that are established to involve the community and educate them about the role of Pearl Harbor in the Second World War.

Also read: China’s First Domestic Nuclear Reactor and How it Could Change History

Will Smith disclosed in a podcast interview recently that he would “consider” running for president “at some point.” In an interview released Monday, the 52-year-old rapper told Crooked Media’s “Pod Save America”: “I think for now I’ll let that office get cleaned up a little bit. And then I’ll consider that at some point down… END_OF_DOCUMENT_TOKEN_TO_BE_REPLACED

Vaccination programs are currently on roll-out and countries that vaccinated for COVID-19 are talking. Questions are everywhere, and it is building up people’s anxieties about vaccination. How has the vaccine affected their population? Are the vaccines any good? Should we research more on newer vaccines? Can the vaccines kill the mutated virus? The answers change… END_OF_DOCUMENT_TOKEN_TO_BE_REPLACED

Texas Senator, Ted Cruz, received heavy criticism after taking a vacation to Cancun with his family in the middle of a crisis. The latest power crisis in Texas left hundreds of homes without electricity and water for more than 48 hours in negative degree weather. This has left the lives of many Texas residents in… END_OF_DOCUMENT_TOKEN_TO_BE_REPLACED