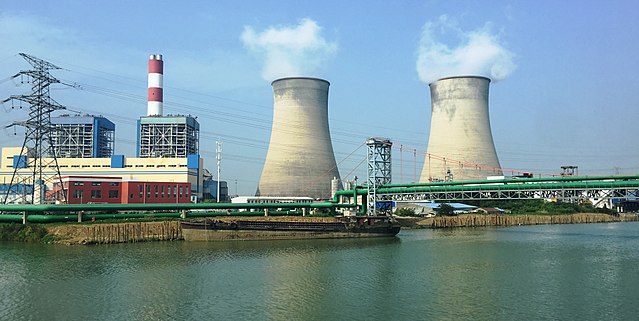 China’s first domestic nuclear reactor, the Hualong One, is finally connected to the national grid. This is a very historic moment in history. The Hualong One going live is the first step towards China’s goals of cleaning their energy resources.

It is widely known that nuclear power makes up only 5% of China’s total power supply. Considering the size and scale of the country’s population, this is a surprisingly low amount. Nuclear power in China is wholly monopolized by foreign providers. The successful development of this nuclear reactor meant that the country is reducing its dependence on Western allies for power generation. Their first official entry into nuclear technology will surely change China’s energy status within the next decade.

Known as the Hualong One, it is China’s first domestically developed nuclear reactor. It is geared towards becoming the mainstream technology of nuclear reactor production in the country. Also, China has plans for manufacturing these for export shortly. It is designed, developed, and manufactured by China General Nuclear Power Group or CGNPG in collaboration with the China National Nuclear Corporation. The reactor is currently deployed at a plant in Fujian province and is currently undergoing tests before being in full operation. It has a 60-year lifespan and is only one of China’s many nuclear power sources in the future. The said reactor was only connected to China’s national power grid in late November of 2020. It is estimated to generate about 10 billion kilowatt-hours of electricity per year.

For the past few years, China has been one of the biggest emitters of carbon emissions in the world. President Xi Jinping wants to change this status and made an incredibly bold pledge of being completely carbon neutral by 2060. The administration is also gearing towards considerably cutting the country’s emissions within the next ten years. This means netting their emissions to zero by offsetting released gases through planting trees and storing carbon underground.

This new nuclear reaction shall also reduce the country’s carbon emissions by 8.16 million tons annually. Since China is known as the largest CO2 emitter in the world, with approximately ten gigatons per year, the 8.16 million ton reduction is nothing but a fraction. However, this is a good sign that the country is gearing towards a more positive direction when it comes to reducing their carbon emissions.

Israel’s Iron Dome has protected the country against missile attacks for years. The Iron Dome in Israel is the biggest of its kind in the world. No other countries in the world use the same air defense system, meaning it is one of a kind. The tension between Israel and Gaza has been going on… END_OF_DOCUMENT_TOKEN_TO_BE_REPLACED

The world is devastated by the news that Britain’s Prince Philip, the Duke of Edinburgh, has died at the age of 99. Palace media confirms that the Duke has expired mid-day today, April 9th. The announcement did not contain any specifics on the cause of death. The United Kingdom will enter a state of national… END_OF_DOCUMENT_TOKEN_TO_BE_REPLACED

Who would have known that religious prophets would be among the most loyal supporters of former President Trump? In fact, it has been observed that the most conservative Christians may have been the right amount of push for Trump’s presidential win back in 2016. Since Trump’s election back in 2016, numerous self-proclaimed “prophets” have been… END_OF_DOCUMENT_TOKEN_TO_BE_REPLACED