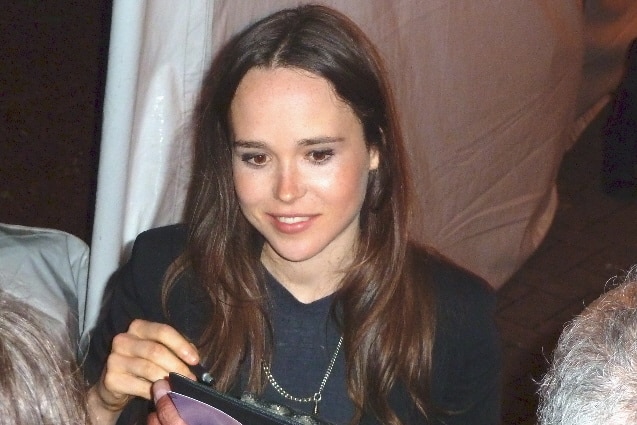 Hollywood is abuzz this week after Elliot Page, formerly known as Ellen Page, announced that he is transgender. He has chosen his name as Elliot and prefers to use the ‘he/him’ pronoun. The actor is well known for his role of Vanya Hargreeves in the popular Netflix series, The Umbrella Academy. Thankfully, he also announced that he will continue to play the role of Vanya and his announcement does not affect his career as an actor.

The world had expressed mixed, and confused, reactions online especially since he originally came out as a lesbian back in 2014. Regardless, everyone seems to support him and Twitter is exploding with messages of praise and support. Here are some of them:

Your heart has always been big and you’ve used your platform to show up for the entire community for years. Thanks for the gift of your truth! 💫

Let us all be our authentic selves

Congratulations to @TheElliotPage! The more of us who can be our authentic selves, the more space we create space for others to do the same. Gender is a journey and I am excited to witness all that follows from this giant step! #TransIsBeautiful #TransLivesMatter https://t.co/zHm8HuMCD3

We’re welcoming Elliot Page to the big trans family and to whoever it was who immediately changed the Wikipedia page to say “he”, you’re a good one.

A leader and beacon of hope

Elliot Page is a being a leader and beacon of hope to countless trans and non-binary people in this moment, and we are grateful for him. ❤️ https://t.co/BHNInJ18EB

Remember that when someone is coming out as trans, they are telling you something that’s been a part of them from birth, whether it took them 15 or 70 years to figure out what wasn’t quite right.

I remember when his haters said he walked like a man in S1 of The Umbrella Academy. I can guarantee you those same people are saying he’s still a woman.

Also read: China Seeks to Re-write COVID-19 Origin Story and Why it Matters

Presidential pardons are one and many in the history of the US. There are many times when US Presidents granted reprieves for their citizen’s misdeeds. The US President may grant a pardon for any individual, including himself, for any crimes done against the country and its citizens. This issue of Presidential pardons has been trending… END_OF_DOCUMENT_TOKEN_TO_BE_REPLACED

President Biden has tapped Rachel Levine to be his assistant secretary of health, making her the first publicly transgender federal official. In 2017, Democratic Gov. Tom Wolf appointed Levine to her current post, making her one of the few transgender persons serving in appointed or elected positions countrywide. Biden said in a statement: “Dr. Rachel… END_OF_DOCUMENT_TOKEN_TO_BE_REPLACED

The minimum wage hike has always been an issue in the US for the past decades. With only a few hours before Biden gets inaugurated as the President of the United States, people are excited for all his promises to take place. One of these is his plans to raise the minimum wage of workers… END_OF_DOCUMENT_TOKEN_TO_BE_REPLACED