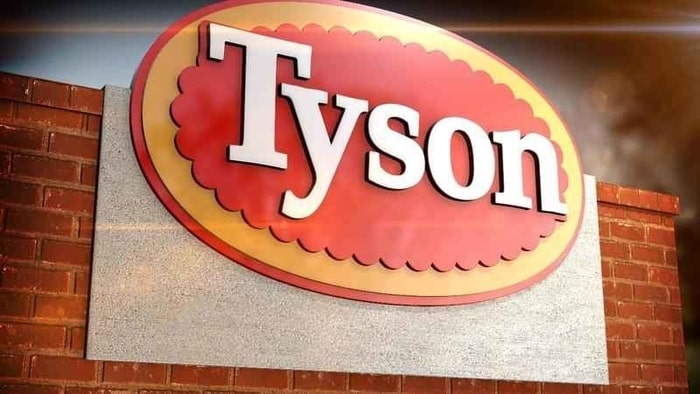 Tyson Foods has suspended managers suspected of being involved in a betting pool regarding how many staffers would become sick with COVID-19.

Dean Banks, President and CEO, announced also on Monday the meat brand has launched an investigation into the allegations led by Eric Holder, former Attorney General. The suspensions come 24 hours after the family of a dead staffer filed a lawsuit asserting “fraudulent misrepresentations, gross negligence, and incorrigible, willful and wanton disregard for worker safety at its pork processing facility in Waterloo, Iowa.” Banks spoke in a statement.: “We are extremely upset about the accusations involving some of the leadership at our Waterloo plant.

“We have suspended, without pay, the individuals allegedly involved and have retained the law firm Covington & Burling LLP to conduct an independent investigation led by former Attorney General Eric Holder.” The lawyer called the supposed behavior “disturbing.” In the U.S. the Waterloo plant is the biggest pork plant, employing roughly 2,800 workers. It’s one of the various Tyson centers that has endured grievous outbreaks of SARS-CoV-2 which has prompted some to shut down temporarily. Since the beginning of the epidemic, more than 1,000 Waterloo facility employees have been infected with the coronavirus, according to court filings.

Bank said in his statement Monday that the meat company has allocated “hundreds of millions of dollars to transform our U.S. facilities, including the Waterloo plant.” He added Tyson has instituted “walk-through temperature scanners and workstation dividers to social distance monitors and always-on testing.” On April 22, Tyson suspended work ultimately at the Waterloo plant, 10 days after twenty-four staffers were hospitalized in a local ER. The suspended managers have yet to release a statement.

Will Smith disclosed in a podcast interview recently that he would “consider” running for president “at some point.” In an interview released Monday, the 52-year-old rapper told Crooked Media’s “Pod Save America”: “I think for now I’ll let that office get cleaned up a little bit. And then I’ll consider that at some point down… END_OF_DOCUMENT_TOKEN_TO_BE_REPLACED

Vaccination programs are currently on roll-out and countries that vaccinated for COVID-19 are talking. Questions are everywhere, and it is building up people’s anxieties about vaccination. How has the vaccine affected their population? Are the vaccines any good? Should we research more on newer vaccines? Can the vaccines kill the mutated virus? The answers change… END_OF_DOCUMENT_TOKEN_TO_BE_REPLACED

Texas Senator, Ted Cruz, received heavy criticism after taking a vacation to Cancun with his family in the middle of a crisis. The latest power crisis in Texas left hundreds of homes without electricity and water for more than 48 hours in negative degree weather. This has left the lives of many Texas residents in… END_OF_DOCUMENT_TOKEN_TO_BE_REPLACED