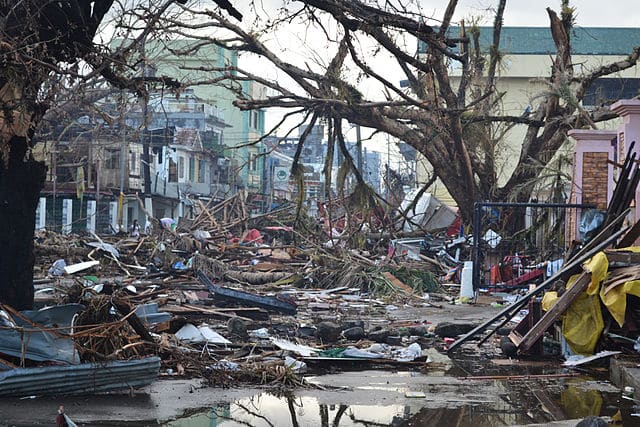 Climate change is here and it seems here to stay. We see evidence of it on the news on the regular basis. Why is the Pacific most affected by climate change?  In fact, the Philippines, a group of islands near the Pacific, has suffered three of the strongest typhoons in recent history. Even if the news is about some islands so far away in the Pacific, we cannot deny that climate change exists.

Oceans soak up the earth’s excess heat. This is why we do not notice a distinct and rapid rise in air temperatures due to greenhouse emissions. What the ocean does is that it dissipates this excess heat and distributes it to its span and depth. Because of this, the temperatures of the oceans have been rising creating disturbing changes in its nature. It causes the global sea levels to rise as polar ice caps melt due to added heat. It changes the chemical composition of water harming ecosystems for marine biodiversity like fish, mangroves, and coral reefs. The most horrifying of all, it creates not only more intense cyclones but also droughts.

please please, do NOT leave them behind.

An Alteration to Ocean Currents and Pacific Climate Change

The rise in global temperatures may have been slowed down by the ocean’s absorption of heat. However, it would seem that this capability of the ocean is starting to weaken. Once this happens, the overall temperature, behavior, and composition of oceans will change. Who knows what disturbing and horrific events will result from this. At this point, many scientists are debating whether changes in human resource consumption and waste production can still reverse the effects of climate change. Do we still have the chance to save our Mother Earth?

Islands in the Pacific know that the oceans have changed over the decades. Climate change not only affects their home but also their ways of life. Changes in biodiversity affect their food security. Losses of natural barriers affect their vulnerability to natural calamities. Rising sea levels threaten to flood their islands with water, losing their homes forever.

Also Read: Internet’s ‘Hot’ Celebrities and how they are telling you to Vote

The US arms sale industry is large and successful. More than 30% of exported weapons in the world come from the United States. They supply to no less than 90 nations making it one of the largest suppliers of weapons in the world. The US makes an estimate of almost 200 Billion dollars in annual… END_OF_DOCUMENT_TOKEN_TO_BE_REPLACED

Now that the election results are almost final, we all want to ask what’s going to happen to Donald Trump after leaving the office? All US Presidents inevitably reach the point where they leave the White House.  Besides, the constitution states that all US Presidents are subject to a two-term limit. What do former presidents… END_OF_DOCUMENT_TOKEN_TO_BE_REPLACED

This is the first time in modern history that the US held presidential elections in the middle of a pandemic. In truth, the US elections may have overshadowed COVID-19 and the side effects are limitless. America is facing a tough crisis of discontentment with the current administration. An understandable case but a situation that may… END_OF_DOCUMENT_TOKEN_TO_BE_REPLACED