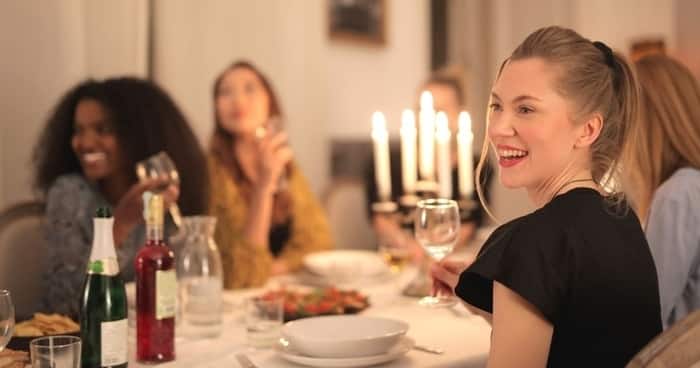 A 29-year-old man went on a first date with a woman who improbably brought along 23 of her family members.

The gentleman had been having difficulty finding love during the epidemic and was set up on a date by his mum. He was looking forward to the occasion and organized to meet the young lady at a restaurant for dinner together. When he showed up at the restaurant as they had arranged, he strolled in to find his date had shown up with a few dozen of her relatives. She remarked, “Let’s all eat together”, and in spite of not receiving any warning in advance that the dinner for two evolved into a party for 25, the fella took a seat and dined with the family.

As they feasted, the table filled up with alcohol and pricey meals, which his date and her kin consumed merrily. At the conclusion of the dinner, the restaurant staff handed the man the bill and he was thunderstruck to find it came to a total of $2,963. Not able to pay the tab, the man snuck out of the establishment without anybody noticing and returned to his abode, leaving the woman and her relatives to foot the bill. When the woman figured out her date had flown the coop, she was reportedly shocked and tried to get in touch with her date, though to no avail. She was forced then to pay for dinner.

When queried why she brought 23 relatives with her on the date, the woman stated: “I was testing whether the man who might potentially be my boyfriend would be generous enough to pay for all 25 people, including himself and myself.” The woman went on to assert that she was the dupe, as she wound up having to pay for the expensive meal. Folks online weren’t certain about that, commenting that no matter who pays on a first date, blindsiding the other party with dozens of your family members is not cool and plain messed up.

Oral Sex Is Appropriate On The First Date

The US arms sale industry is large and successful. More than 30% of exported weapons in the world come from the United States. They supply to no less than 90 nations making it one of the largest suppliers of weapons in the world. The US makes an estimate of almost 200 Billion dollars in annual… END_OF_DOCUMENT_TOKEN_TO_BE_REPLACED

Now that the election results are almost final, we all want to ask what’s going to happen to Donald Trump after leaving the office? All US Presidents inevitably reach the point where they leave the White House.  Besides, the constitution states that all US Presidents are subject to a two-term limit. What do former presidents… END_OF_DOCUMENT_TOKEN_TO_BE_REPLACED

This is the first time in modern history that the US held presidential elections in the middle of a pandemic. In truth, the US elections may have overshadowed COVID-19 and the side effects are limitless. America is facing a tough crisis of discontentment with the current administration. An understandable case but a situation that may… END_OF_DOCUMENT_TOKEN_TO_BE_REPLACED