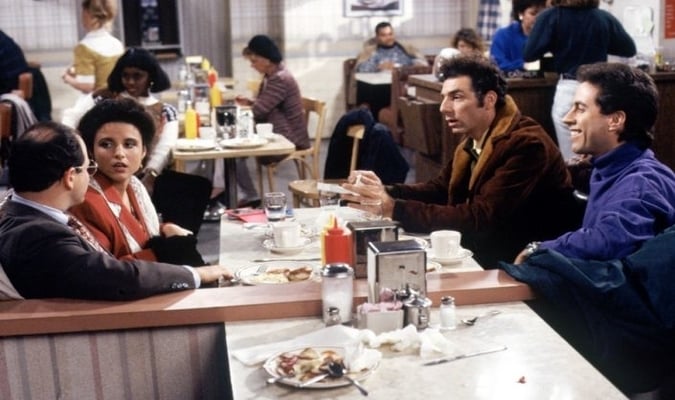 The “fundraiser about something” is to assist the Texas Democratic Party’s initiatives to turn the second-largest U.S. state blue. The virtual event commences at 7 p.m. on Friday. Proceeds are being given to the state Democratic Party, and any donation will allow the supporter to attend the event. In a collaborative statement, referencing Texas’ decades of poor voter turnout the three stars noted Texas is more a “non-voting state” versus a “red state.” They said: “Texas is a battleground state, period. We knew that we had to reunite for something special and the movement on the ground for Texas Democrats up and down the ballot is the perfect opportunity to do just that.”

There have been other times that Seinfeld cast members have used their stardom to raise funds in Texas. According to an article that can be seen in The Dallas Morning News 1997 archives, Jerry Seinfeld himself assisted his former flame and friend Karen J. Greene, a judge and Republican, raise $35K in the ’90s toward her reelection bid to the 282nd Criminal District Court. Seinfeld and Greene dated in the 1980s and was the brainchild for his show’s episode regarding “The Pez Dispenser.” Texas Supreme Court Justice Greg Abbott attended Greene’s fundraiser, who went on to ultimately become governor.

Abbott remarked he was a Seinfeld devotee who views reruns of the vintage sitcom “every chance I get.” Seinfeld actors have raised money all throughout the country. Earlier this month, Louis-Dreyfus, who emceed the Democratic National Convention one night, reunited with her Veep co-stars to raise funds for the Wisconsin Democratic Party. In May, Alexander and Louis-Dreyfus staged an Instagram Live to raise cash for essential workers fighting the coronavirus pandemic.

Seems it was just like yesterday when we all fought over and hoarded HEAPS of toilet paper for no reason at all. All the memories are rushing in as the US suffers from a gas shortage. As expected, gas shortage memes are everywhere to bring light to our currently sad situation. Along the US east… END_OF_DOCUMENT_TOKEN_TO_BE_REPLACED

Israel’s Iron Dome has protected the country against missile attacks for years. The Iron Dome in Israel is the biggest of its kind in the world. No other countries in the world use the same air defense system, meaning it is one of a kind. The tension between Israel and Gaza has been going on… END_OF_DOCUMENT_TOKEN_TO_BE_REPLACED

The world is devastated by the news that Britain’s Prince Philip, the Duke of Edinburgh, has died at the age of 99. Palace media confirms that the Duke has expired mid-day today, April 9th. The announcement did not contain any specifics on the cause of death. The United Kingdom will enter a state of national… END_OF_DOCUMENT_TOKEN_TO_BE_REPLACED