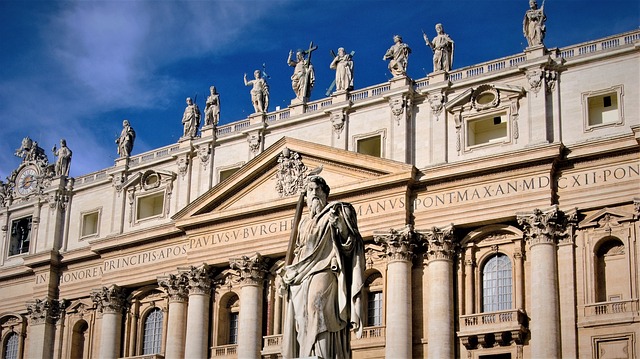 Carlo Acutis was a 15-year-old programmer when he died. He was an Italian Catholic and was known to have documented Eucharistic Miracles. To share it with his fellow youth, he created a website to compile all these Eucharistic Miracles. Remember, this was all before the internet became as accessible and popular as it is today. Recently, he was beatified by the Vatican in acknowledgment of his actions. He is even dubbed as the ‘Patron of the Internet’.

There were only three popular browsers at the time – Opera, Mozilla Firefox, and Internet Explorer. The latter took pride in being the most used browser at the time, believe it or not. Social media was only MySpace and Friendster – all these predate the fame of Facebook. YouTube was only starting to rise in popularity. Google created Google Analytics only in the latter part of 2006. This means that Acutis created the website not just for views but for pure enjoyment – just like how other website creators do so at the time.  It could be easy to say that he was an influencer back in 2006.

How could a 15-year-old boy who died in 2006 become the ‘Patron of the Internet’? It is fun to note that technology, communication, and the internet changed so much in the last decade that it is almost unrecognizable. At his time, creating a website is similar to having a journal. Microblogging (Twitter) was very new and did not have the influence and power it has today. Creating a blog is the easiest way to share your thoughts and beliefs.

You get used to praying to saints from unrecognizable periods, from centuries ago, that they feel and seem distant to you. Sadly, not every millennial is comfortable with the idea that there could be a saint that is within their generation. Others find it comforting to look up to someone relatable and felt familiar, with Nike trainers and all.

Here are a few reactions from the internet:

An inspiration even for Non-Catholics

I am not a Roman Catholic or a Christian devotee. But I want to share something about this great one #CarloAcutis. He is really an inspiration for the modern society. He proved that how powerful his devotion towards his religion. Every guy should be as him who live in this world pic.twitter.com/4YrZTPs39d

Awed by the fact that he did what we all do

He owned a PlayStation.

He theoretically could have looked at memes.

He is now on his way to sainthood. pic.twitter.com/uN6yYxFrq7

Imagine having your kid set up as an example and intercessor for the whole Church.
That’s kind of the job description that is given to parents and godparents at a child’s baptism. It’s just that for #CarloAcutis, the task was completed in record time. https://t.co/02gWVxXAQY

The moment he was inaugurated, immediate changes made by Biden made headlines across the country. These are many of the controversial issues and topics that were shunned and ridiculed by the former administration. Americans can finally breathe a sigh of relief that these concerns have finally reached government policies. It seems clear that Biden has been… END_OF_DOCUMENT_TOKEN_TO_BE_REPLACED

Presidential pardons are one and many in the history of the US. There are many times when US Presidents granted reprieves for their citizen’s misdeeds. The US President may grant a pardon for any individual, including himself, for any crimes done against the country and its citizens. This issue of Presidential pardons has been trending… END_OF_DOCUMENT_TOKEN_TO_BE_REPLACED