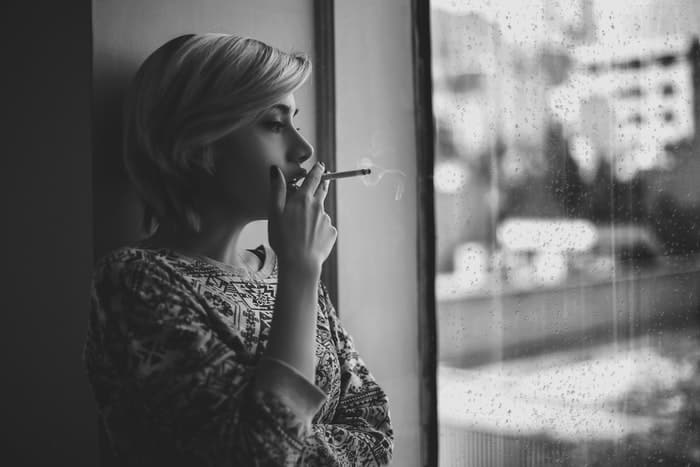 Social media has had a huge impact on society. MySpace was started in 2003, and provided the platform for larger, more impactful social media sites like Facebook, Instagram, and Twitter. It’s difficult to imagine a world without social media, as it’s pretty much entwined in every societal function from politics to retail sales and everything in between.

The tobacco industry has utilized radio, television, and other platforms for decades to enhance its reach, but certain legislation has made it illegal for tobacco companies to advertise on TV and radio. This leaves online platforms like social media. Sometimes, the company itself doesn’t even have to advertise anything. Social media has a huge influence on the way people think, especially younger people. Seeing smokers on Instagram or Facebook is sometimes enough to spark an interest in the habit.

There is a raging debate about whether or not social media is “good” for teens and adolescents or not. Some studies have shown that too much social media can have a negative impact on the self-esteem of teens. With so much comparison, filtered versions of life, and impossible expectations, many teens and young adults are finding that social media only makes them feel more isolated and alone.

The old style of marketing changed rapidly as social media gained more traction. Now, you can’t have a marketing plan without some kind of social media presence. Unfortunately, even the worst products find their way into these spaces—including tobacco products.

Tobacco Companies Are Keeping Up With The Trends

If there’s one thing Big Tobacco does well, it’s advertising. The industry pays close attention to how advertising changes, and adapts to these changes to better appeal to younger customers. In fact, many organizations are calling on social media companies to disallow tobacco ads altogether, because they seem to find their way in front of the eyes of younger audiences. The tobacco industry, unfortunately, has a long history of appealing to children. Older cartoons featured childrens’ favorite characters smoking cigars, cigarettes, and using other tobacco products. Of course, this practice has since been banned, but it still speaks to the industry’s intentions, even today.

Social media influencers are one of the best ways for any company to get their products in front of new audiences. These influencers review, endorse, and use the products themselves, giving their audiences a realistic idea of what the products can do. There’s never been a better way to directly market just about anything you can think of.

Tobacco Alternatives Are Growing In Popularity

Smoking has had a worldwide decline in recent years, with millions of smokers leaving the habit behind once and for all. In the UK, nearly a million citizens quit smoking during the COVID-19 lockdown phase, and the awareness of both tobacco’s dangers and the shaft practices of the industry itself is continuously growing.

We welcome to the stage the many alternatives to tobacco that have arisen in recent years and given tobacco users something else to think about. Most tobacco alternatives are aimed at breaking the nicotine addiction altogether, like nicotine gum and patches, while others, like tobaccoless dip from https://blackbuffalo.com/, simply want to provide an authentic tobacco experience…but without any tobacco.

It’s good to see smoking and tobacco use declining, especially because using tobacco is so much more than just a personal health risk. Tobacco use has become a public health hazard, which is why it’s banned in most public places. You can’t go into most restaurants anymore and ask for a smoking section, and many public venues have banned the practice as well. This is to protect non-smokers from the harm of secondhand smoke, which claims thousands of lives each year.

Should Tobacco Companies Be Allowed To Advertise?

It’s no secret that tobacco use can be deadly, if not incredibly dangerous. But tobacco companies still bring in billions in profits each year, and with social media advertising, they can pretty much appeal to whoever they choose without the same restrictions as TV and radio.

This begs the question: should tobacco companies be allowed to advertise on social media, or at all? Surely, the world doesn’t need tobacco ads to know that tobacco exits. Or, perhaps ads should be limited to smoke shops only, to prevent them from appealing to an underage crowd. Make no mistake; the industry needs younger smokers. The sooner you get hooked on tobacco, the more likely it is that you’ll stick with the habit for years to come. The industry wants to make life-long customers out of us. Why do you think they’ve modified their tobacco plants to contain more nicotine?

The world is devastated by the news that Britain’s Prince Philip, the Duke of Edinburgh, has died at the age of 99. Palace media confirms that the Duke has expired mid-day today, April 9th. The announcement did not contain any specifics on the cause of death. The United Kingdom will enter a state of national… END_OF_DOCUMENT_TOKEN_TO_BE_REPLACED

Who would have known that religious prophets would be among the most loyal supporters of former President Trump? In fact, it has been observed that the most conservative Christians may have been the right amount of push for Trump’s presidential win back in 2016. Since Trump’s election back in 2016, numerous self-proclaimed “prophets” have been… END_OF_DOCUMENT_TOKEN_TO_BE_REPLACED

President Biden falls and slips multiple times on the Airforce One Steps and PEOPLE ARE GOING CRAZY! What’s the big deal? Some people are hating, while others are making memes just for the fun of it. We are all human, aren’t we? Everyone’s expected to stumble some time in their lives. However, with the internet… END_OF_DOCUMENT_TOKEN_TO_BE_REPLACED