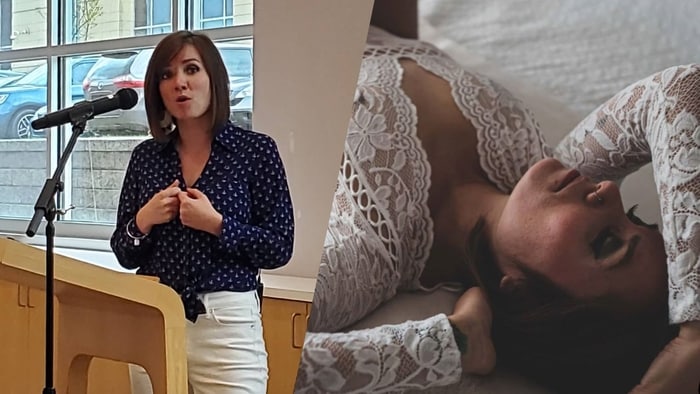 In July 2017, Nikole Mitchell gave her final sermon at church and now makes a good living selling explicit videos and photos on OnlyFans.

Mitchell, 36, was raised in a strict Baptist family with stereotypical, immutable gender roles. She was expected to be reserved, sweet, and quiet, and working as an entertainer was totally improbable. Mitchell told reporters: “From a young age, I had fantasized about being a stripper. But I was indoctrinated to believe my desires and my body were innately sinful and bad. I was taught that women aren’t allowed to lead and that women belong in the kitchen and with the children. So even though it went against everything I was told, I decided to become [a pastor] because of my love for performing.”

In her family, the likelihood of being anything other than heterosexual wasn’t an option, and Mitchell never regarded her sexuality until she participated in a LGBT+ theater performance in 2016. It was a revelation for her. Mitchell noted: “I was like, ‘Oh my gosh, I don’t think I’m straight’ and it rocked my world. I knew if I revealed my queerness I would lose it all because the church is not welcoming to queer people.” As the pastor battled to keep her sexuality confidential she felt her life was “very duplicitous” and knew it couldn’t go on.

“I just never showed up again,” added Mitchell. “I started following my life coach’s wife [on Instagram] who was doing lingerie modeling. I was kind of triggered by it… but I was also magnetically drawn to it.” Now on top of banking on OnlyFans, she’s a life coach too and extends courses like “How to Unf**k Yourself,” instructing others how to be their genuine self. Mitchell now identifies as pansexual and bisexual and has never been sunnier.

The moment he was inaugurated, immediate changes made by Biden made headlines across the country. These are many of the controversial issues and topics that were shunned and ridiculed by the former administration. Americans can finally breathe a sigh of relief that these concerns have finally reached government policies. It seems clear that Biden has been… END_OF_DOCUMENT_TOKEN_TO_BE_REPLACED

Presidential pardons are one and many in the history of the US. There are many times when US Presidents granted reprieves for their citizen’s misdeeds. The US President may grant a pardon for any individual, including himself, for any crimes done against the country and its citizens. This issue of Presidential pardons has been trending… END_OF_DOCUMENT_TOKEN_TO_BE_REPLACED