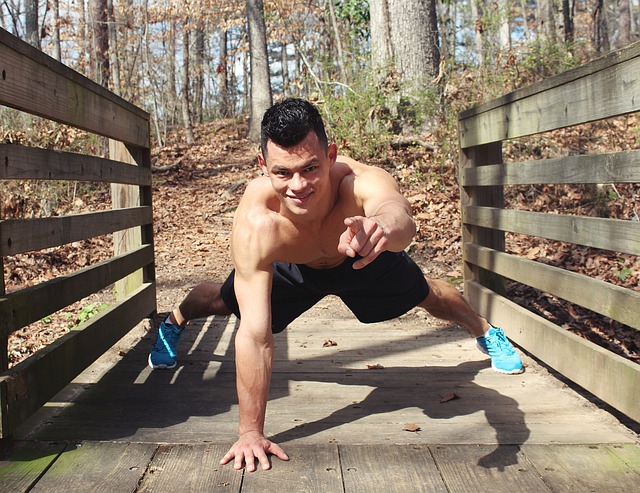 The world’s former heaviest man survived a grueling battle with COVID-19. Originally fighting underlying illnesses brought about by his obesity, Juan Pedro Franco is considered a high-risk individual in this pandemic. This means that his risk of catching the disease is high, and suffering from a weakened body from secondary infections is highly likely. It took him a whole month to fully recover. Now, he is back on his feet thinking he would never live another day to tell the tale of how he survived the world’s modern-day pandemic. His story of survival is truly inspirational.

His peak weight of 595 kg (1,312 lb) gained him the Guinness World Record for being the world’s heaviest man in 2016. He was the size of a large bear! Born in Mexico in 1985, this 32-year-old man never thought that he would go on to win the Guinness World Record for having the heaviest weight in the world. His record was beaten in 2017 by a man who was 617 kg (1,340 lb) heavy. He may have won the title for being the heaviest in the world, but Franco was unhappy with his weight. Walking and running is difficult. He could barely sit or sleep properly. Standing has become a chore. These physical difficulties were worsened by the presence of underlying illnesses like diabetes, heart disease, and hypertension. Even at his young age, he could suffer an infection and easily die from it because of his body’s such an unhealthy state.

This is when he decided to go to a medical professional to get his health status assessed. He was recommended to lose more than 50% of his body weight. To do so, he had to undergo several operations, go through intense exercise routines, and be strict with his nutrition.

Shedding all the former weight

What many doctors believe was Franco’s saving grace was his weight loss that continued for several years. His weight loss treatment since he won the title in 2016 has kept his diabetes and hypertension in control. He had multiple surgeries done, like gastric bypass and gastric band surgeries. He also underwent a Mediterranean diet consisting mostly of vegetables and fruit. Franco successfully shed more than 400 kilos of weight. The former titleholder is still heavy at the weight of a little over 200 kg, but it is a far cry from his body’s state more than four years ago.

According to some researches, the blood of people with obesity has higher tendencies to clot. This could create significant damage and clotting to small vessels in the lungs leading to more difficulties in breathing. Furthermore, the immune system of people with obesity is much weaker because fat cells replace healthy immune cells in areas like bone marrow, thymus, and spleen. The presence of fat in such organs does make the blow of infections much severe in obese bodies.

However, this does not change the fact that people with healthy weights are still likely to get the disease upon exposure. It relies on how well the body recovers from infection and how the immune system reacts to the presence of the virus on the body.

Although they may not likely die directly from COVID-19, people with underlying illnesses are likely to perish from existing medical conditions which are worsened by the presence of the virus. Patients with weaker immune systems are more likely to contract the disease than normal adults.

It is true that the risk of COVID-19 increases with age. People in their 50s and 60s have higher risks of contracting severe illness than those in their 30s and 40s. It is best to limit interactions with other people as much as possible. Observing health precautions is also recommended. The elderly have weaker immune systems and have higher chances of having underlying illnesses. Their bodies may also take a longer time to recover from the illness than younger individuals.

Also read: What we could learn from China’s ‘Fitness Buff Grandma’

The US Presidential elections are just days away and Americans all over the world are bracing themselves for the outcome. Celebrities are using their social media influence to encourage every registered voter to exercise their rights and to vote wisely. A multitude of tactics have been used by celebrities for years and, each time, the… END_OF_DOCUMENT_TOKEN_TO_BE_REPLACED

Election day is coming this November and everyone is preparing to cast their votes when the day is here. You may have voted numerous times and have smooth voting transactions every time. However, we will never know when an unwanted scenario suddenly happens. Doing a little research to learn how to handle unexpected mishaps may… END_OF_DOCUMENT_TOKEN_TO_BE_REPLACED

The tensions are high for the 59th quadrennial US Presidential elections. Americans all over the world are glued to their screens to track the polls. Just like in every other election, every vote matters. It is every American’s right to contribute to the selection of a President. You may think that you can only cast… END_OF_DOCUMENT_TOKEN_TO_BE_REPLACED