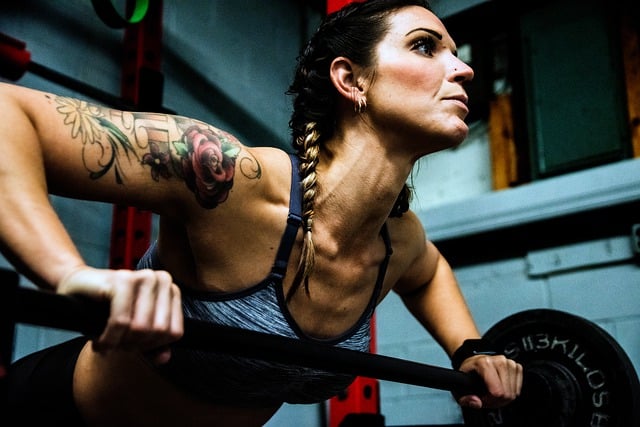 With the recent quarantine, health and fitness became one of the top priorities of people all over the world. Home workout videos and workout influencers became trending in the past months. People seem to be taking better care of their bodies and their health. This is in the belief that a healthier individual will have fewer chances of acquiring deadly diseases.

Usually, when we see influencers on social media we are talking about young trainers with beautifully sculpted bodies. They are young, strong, and healthy. However, there has also been an increasing trend of elderly people gaining popularity on social media. One of these would be China’s ‘Hardcore Grandma’. She is a 68-year-old woman from China popular on the internet for her workout videos on TikTok.

One minor internet celebrity in China, known as the ‘Hardcore Grandma’ is a new fitness inspiration all over the world. Her age of almost 70 does not hinder her to lift weights and do strenuous exercises. The grandma, known as Chen ji Fang, goes to the gym at least two hours every day. She said she has lost more than 14 kg in the last three months, a whopping amount of weight for her age. Her fit physique, complete with semi-bulging muscles and a flat stomach, goes to prove that she does high-intensity workouts regularly.

She made national headlines in China where the government is building her up as an inspiration for national health. She appeared multiple times on Television to help the government boost the morale of the citizens towards fitness and overall well-being. This is even intensified by the government’s drive to promote health as a means to beat COVID-19.

Her social media has more than 400,000 followers. Her TikTok posts have so many views, a proof that many people on social media are not only awed by her but also takes her exercise routines seriously. In her videos, she is seen to not only teach the youth how to do her exercise routines properly. She is also seen plowing through several exercise machines and going through fitness tests. One of her videos showing her doing multiple lunges and squats even reached more than a million views.

According to the fitness buff grandma, she decided to regularly exercise after meeting a personal trainer that encouraged her to join the gym. She also realized that she was gaining weight and was starting to suffer from multiple age-related health conditions like cataracts, fatty liver, and high blood pressure. When she realized how beneficial exercising is for her and her body, she started to exercise regularly. Then, she learned that her body adjusts well to the exercises. With the help of her trainer, she started to do more high-intensity workouts.

As anyone can see from the fitness buff grandma, she enjoys exercising and ensures that she will maintain her workouts as long as she is alive. This is a good indication that health knows no age. There is no such thing as ‘age-appropriate exercise’. Lifting, running, and other kinds of intense workouts can still be done by the elderly as long as they build up their bodies to it. Taking intensities up by a notch little by little allows the body to properly adjust. This only proves that there is only age-appropriate intensity.

Also, as proof that fitness is limitless when it comes to age, there are top athletes that are considered elderly top athletes that are considered elderly. There are surfers, triathletes, boxers, runners, and more. There is even a senior Olympics event held for elderly athletes throughout the globe. Thousands of senior citizens join in on the events. They train hard not just to win but for the mere enjoyment of what their bodies could still do in spite of its age.

For many, it does. A good amount of exercise is not enough, however, to ensure a clean bill of health. This must be partnered with well-balanced nutrition. Exercise brings about a strong heart and improved circulation. As blood is pumped into the body, oxygen levels increase. This event reduces a person’s risks for high blood sugar, high cholesterol, and heart disease.

Keeping a regular schedule of exercise and fitness is great. However, there is such a thing as overstraining. Only do exercises that your body could easily adjust to. Build up the intensity of the workout so that the body is not overly strained. Exercise-related injuries are possible if the body is not well-adjusted enough to high-intensity exercises.

Although there are multiple benefits to exercising, health is a whole other ball game. A person must have good quality sleep, fewer sources of stress, and good nutrition for good well-being. Mental health must also be considered when taking in good health. Sometimes, clearing the mind of negative thoughts is helpful towards attaining healthier well-being. Meditation and yoga are good exercises for both the mind and the body.

Also Read: Rip it like ‘The Rock’: Incredible Stories of Super Human Strength

The US arms sale industry is large and successful. More than 30% of exported weapons in the world come from the United States. They supply to no less than 90 nations making it one of the largest suppliers of weapons in the world. The US makes an estimate of almost 200 Billion dollars in annual… END_OF_DOCUMENT_TOKEN_TO_BE_REPLACED

Now that the election results are almost final, we all want to ask what’s going to happen to Donald Trump after leaving the office? All US Presidents inevitably reach the point where they leave the White House.  Besides, the constitution states that all US Presidents are subject to a two-term limit. What do former presidents… END_OF_DOCUMENT_TOKEN_TO_BE_REPLACED

This is the first time in modern history that the US held presidential elections in the middle of a pandemic. In truth, the US elections may have overshadowed COVID-19 and the side effects are limitless. America is facing a tough crisis of discontentment with the current administration. An understandable case but a situation that may… END_OF_DOCUMENT_TOKEN_TO_BE_REPLACED