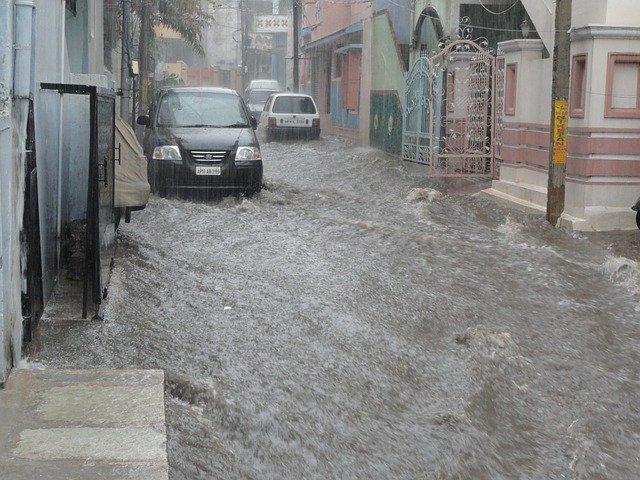 Climate change is originally thought of as human-driven destruction to the Earth through the emission of greenhouse gases. However, through the years, there are discoveries that climate change may be a natural phenomenon and happens when the Earth regularly changes global temperatures between periods of thousands of years. What’s bad about it is the fact that human activity drives climate change to an irreversible level. Not only that, but our human ways have accelerated climate change in ways that the Earth may never again recover from. This is why experts say that the worst disaster WILL come in the future.

Researches from the past decade have been indicating that not only is climate change worsening, but it is also worsening at a much faster speed. This means that predictions from the turn of the millennium may occur much earlier than we all expect. The bad thing is many people usually ignore and ridicule articles about disasters and climate change. What is worse is when the government does the same. This unbelieving attitude about worsening calamities and disasters may have lead to more casualties and worse impacts on communities.

Through the years, scientists have been warning people of climate change. If we all don’t change our ways, we could go to a level where the changes are irreversible. Pieces of evidence of this are seen worldwide. Australia and North America had been experiencing wildfires much longer and larger than before. Drought is also experienced in many parts of the world leading to hunger and migration. Temperatures are soaring in records high during summer and dip too much in the winter.  Flooding is also experienced even in developed countries like those in China, North America, and Europe.

What other disasters are waiting around the corner?

What is eerily funny about this is the fact that everything on this list kind of happened or almost happened in 2020. Just like a platter of disaster samplers served at a restaurant.

Insect Plagues and another pandemic

Just in February of 2020, East Africa was plagued with thousands of swarms of locusts damaging crops across five different countries! This is the worst locust plague in recent history and cannot be compared to insect plagues from the past. While the scientists and the government are baffled by what caused it, there are threats to hunger for tens of millions of people in this region.

Well, after COVID-19, a recession is pretty much written up soon. We may not, yet, experience its effects but experts have indicated that it may take years for economies to recover from all the losses caused by the current pandemic.  This recession will surely be worsened by any geopolitical war or tension that may happen in the future. Trade wars are also no exception especially since there are currently shortages to a few supplies. Hopefully, world governments remain diplomatic with each other and keep themselves in line. War is not something we want in the middle of all these natural disasters.

There are fire seasons in many parts of the world, naturally occurring wildfires are a part of a healthy process for vegetation and ecosystems. However, wildfires have been happening in larger, more uncontrollable, and destructive sizes. Even places that are used to wildfires cannot control.

Experts say that as the temperatures of the earth are going haywire, we may experience worse cyclones and storms. This could lead to extreme flooding. Increasing temperatures may cause mountain ice caps to melt creating avalanches and flooding.

No such thing as bad weather

As the saying by Alfred Wainwright, “There is no such thing as bad weather, just unsuitable clothing!”, there may be no such thing as disasters. A minor storm could create a calamity in one place but just really strong rain in another. It could be just a matter of preparation. What is important is that right at home, parents must be able to teach their children how to prepare for disasters. For places at high risk of disasters like wildfire, flooding, and earthquakes, a grab bag must always be ready. Drills are made in school and at work, but rarely at home. This makes evacuation plans much more important for families. Casualties may be avoided if all institutions (home, church, schools, hospitals, government) are ready to take on massive evacuations in case of a calamity.

For instance, no one can truly say if the 2020 COVID-19 pandemic could have been avoidable. However, there is expert opinion indicating that the slow reactions from world governments may have ignited the speed with which it has spread. Furthermore, mankind has an unbelieving attitude when it comes to science and its predictions of the future. There was research back in 2007 indicating that there could be a worse coronavirus disease than SARS. The research indicated that a new strain of coronavirus may be at hand. We all did learn from the SARS outbreak, but no one was prepared enough for a massive outbreak like the one experienced in 2020.

Also Read: Stupidest Causes of Forest fires in the World

All allegations remain just as allegations, even half a year after the outbreak of the coronavirus pandemic in China. Everyone outside of the country is left to their own devices to decide whether or not what they see on social media is true. However, things take a different turn when the complaints start to trend… END_OF_DOCUMENT_TOKEN_TO_BE_REPLACED

In his latest weekly blessing at the Vatican, Pope Francis has warned Catholics about the dangers of gossip. Although his weekly blessing is not related to COVID-19, the current pandemic tormenting the world, he has raised important points that everyone must remind themselves of. Pope Francis has been in the highest seat of power in… END_OF_DOCUMENT_TOKEN_TO_BE_REPLACED