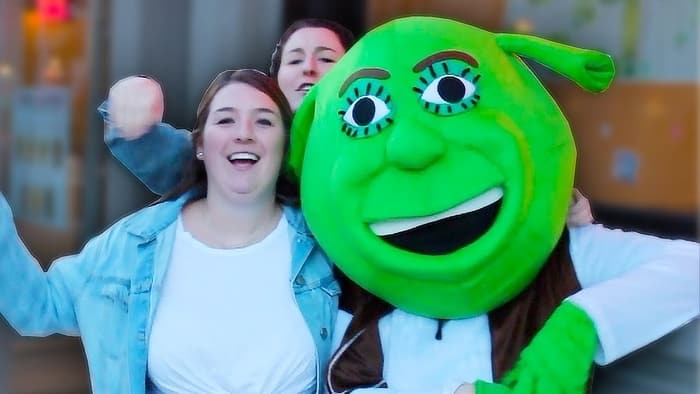 Shrekfest isn’t allowing a global epidemic to stop its “celebration of life and love” … the party this year is taking place online.

The 3GI Industries hosted event will stream all day on Twitch on Saturday, September 19th. According to the creator of Shrek Retold and Shrekfest coordinator — a fan-resulted shot-by-shot reconstruction of Shrek which debuted in 2018 on YouTube — programming for the fest will include music videos, prizes and games, animations, and short films and will resolve with a screening of Shrek Retold. Also, available will be Shrekfest merchandise with proceeds going to numerous programs in social justice.

A statement regarding the gala reads: “Shrekfest has shifted gears into an Online event this year amidst the ongoing pandemic. While typically a physical event, this transformation opens the doors for an even larger audience and larger, more interactive spectacle. Earlier in the year, 3GI had requested fans send in their artwork, films, animation, and music. The end result is hours of content submitted from artists all over the world. They will be streaming these carefully curated Shrek tributes on September 19th as part of the Shrekfest 2020 Online experience.”

Shrekfest 2020 marks the seventh year for the convention which started as an internet joke in 2014 however ended up turning into a physical, actual event that very year. Shrekfest has been held annually since then in Madison, WI over Labor Day weekend, attracting Shrek fanatics from around the globe. Past years’ events have included an onion eating contest, a costume contest, live music, an outdoor screening of Shrek, as well as a roaring contest.

Annual Shrekfest Proves That People Are Not Ogre Shrek Just Yet

For anyone wondering who this MyPillow guy is, this article will tell you all about him and his role in Trump’s last struggle for power. It is almost second nature for the internet to find humor in many serious events in government. Could this be this generation’s way of coping? We don’t really know. Let’s… END_OF_DOCUMENT_TOKEN_TO_BE_REPLACED

Trump is the First American President who gets impeached for the second time. Trump’s second impeachment became a trending topic on Twitter after the terrifying terrorist attack on Capitol Hill on the 6th of January. Twitter is at it again, being flooded with memes and Twitter jokes surrounding Trump’s second impeachment trial. Americans are trying to… END_OF_DOCUMENT_TOKEN_TO_BE_REPLACED